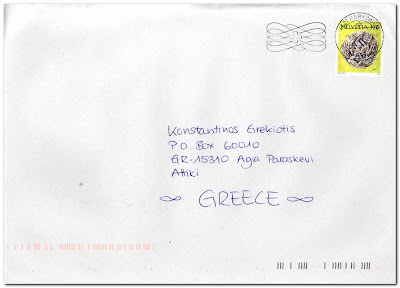 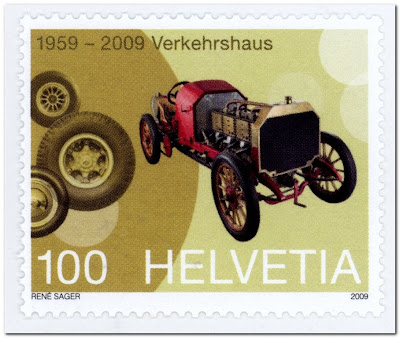 With its wealth of original exhibits testifying to the history of transport, the Swiss Museum of Transport is an entertaining, stimulating place of discovery. Opened in 1959, it attracts more than 870,000 visitors a year, making it Switzerland's most-visited museum. This year, the Museum of Transport is adding new attractions, and Swiss Post is dedicating three special stamps to it. Date of issue: 05.03.2009 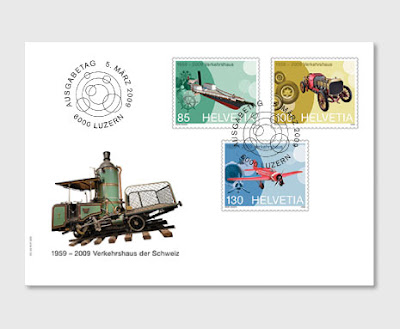 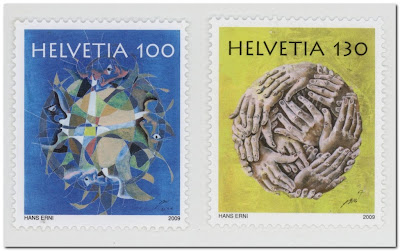 Hans Erni is one of Switzerland's best-known painters. Over a period spanning some eighty years, this Lucerne citizen has achieved an international reputation as a committed, creative artist. On 21 February 2009, Erni - who still paints every day - celebrates his 100th birthday. And he has designed two new special stamps for Swiss Post. Date of issue: 05.03.2009 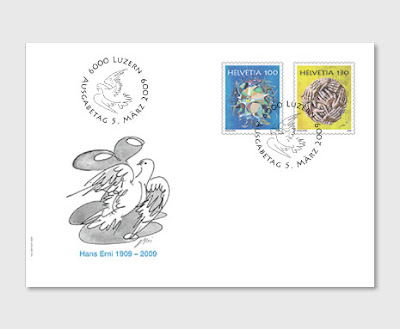 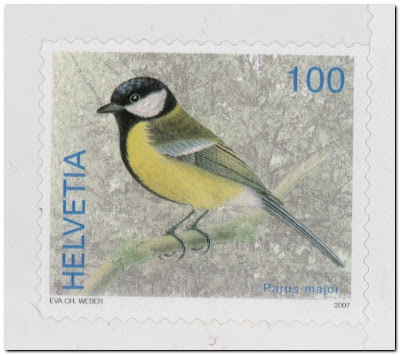 The Great Tit (Parus major) is a passerine bird in the tit family Paridae. It is a widespread and common species throughout Europe and Asia in any sort of woodland. It is resident, and most Great Tits do not migrate.

The magnificent Baroque church is part of the extensive monastery complex, which includes a beautiful park and impressive buildings. Its renovated twin turrets are visible in their new glory from afar.

Not only the world famous carved choir stalls are worth a trip. But also the largest and most beautiful Baroque staircase in Switzerland that leads to an ornate festival hall. Here, like in the church, concerts frequently take place. The magnificent library is an elegant testimony to the former abbey's participation in festive events.
From:
http://www.myswitzerland.com/en/offer.cfm?category=Activities_Excursions&subcat=Sights&id=43016

Thank you Judit for the nice items
you have send me
Posted by kgrek at 7:26 PM