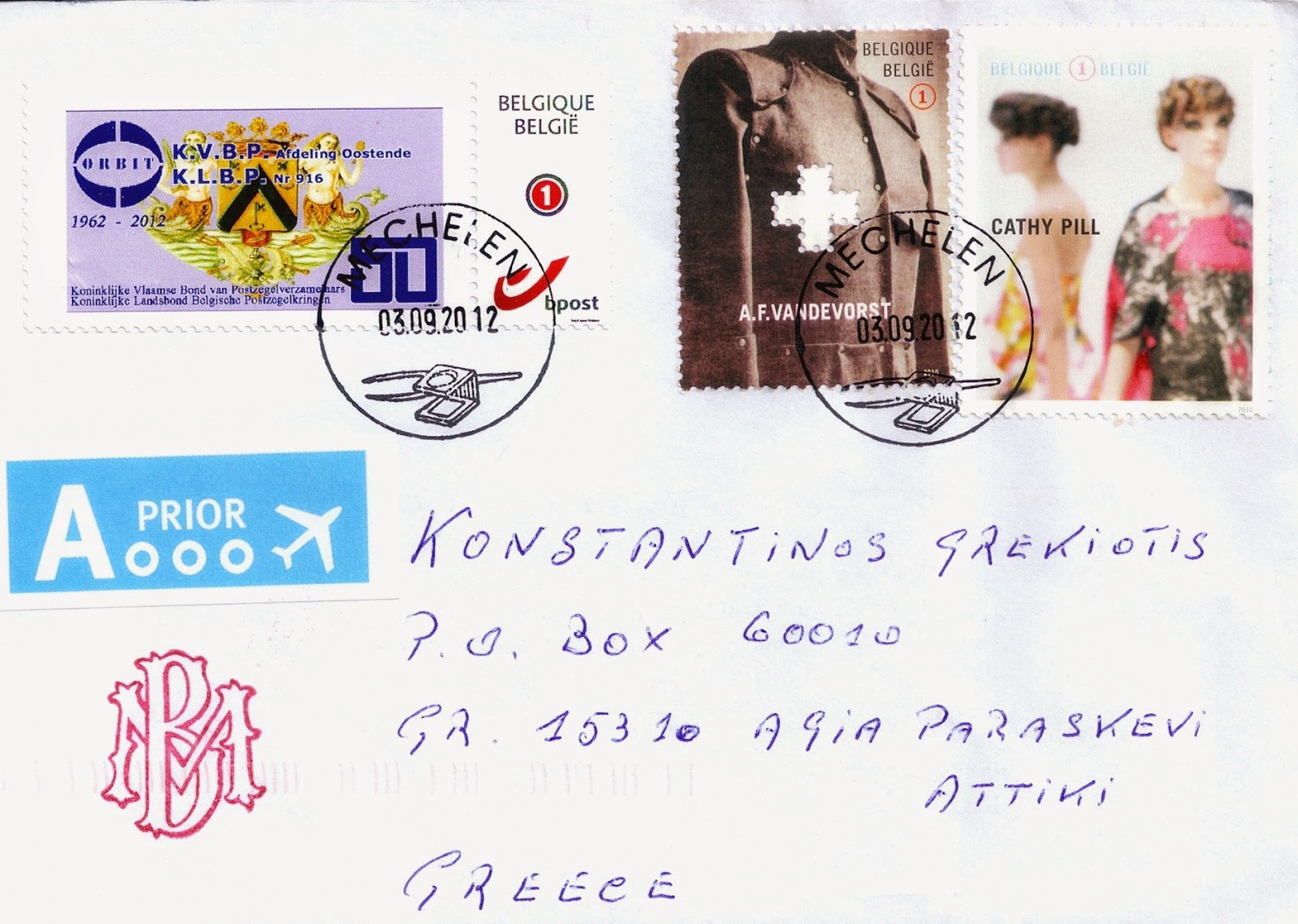 A very nice cover  was sent to me through "Cover Collectors Circuit Club" by Marcel G. Bourguignon who had the kindness to send me some beautiful Belgian stamps for my collection.

Thanks a lot Marcel 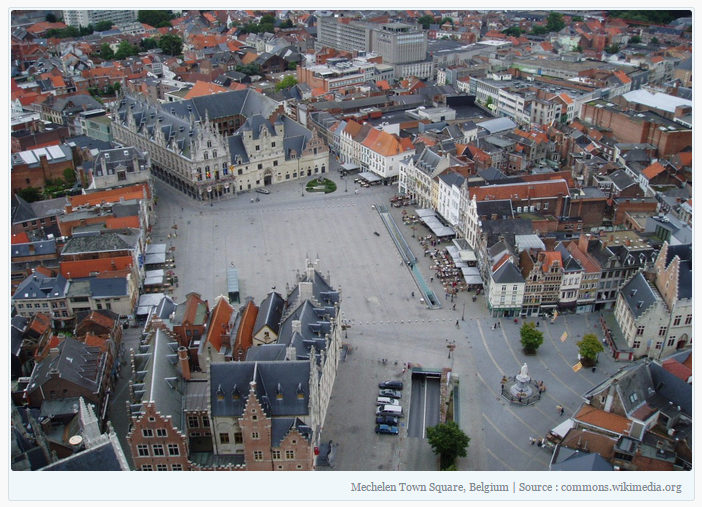 The cover bears a very clear stamp of the Mechelen post office in Belgium as well as well as an air-mail sticker and three beautiful stamps. 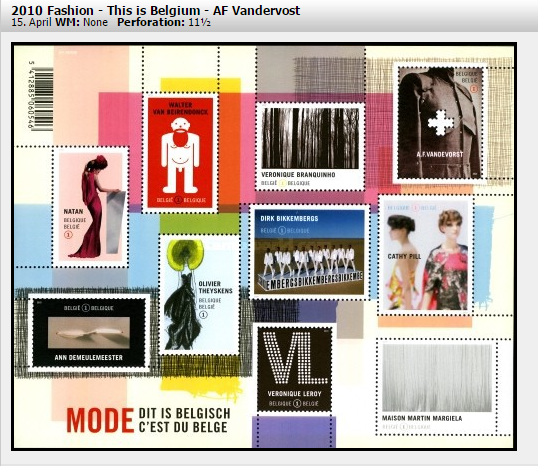 On  the cover there is a personalized  stamp* issued by the Belgian P.O. for the K.V.B.P. which is a Flamandic PhilatelicClub. The second and the third stamp are coming from the Belgian sheet  issued on 15 April 2010 under the title "Mode c'est du Belge" (This is the Belgian mode) . The first stamp is  dedicated to A.F Vandevorst MODE FIRM and the other one to Cathy Pill, a Belgian fashion designer 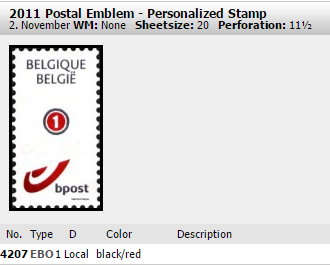 A personalised (or personalized) stamp is a postage stamp, with an adjoining label on the left, on which, for a fee, an image of the purchaser's choosing may be placed. The stamps vary from country to country and while some are normal stamps with a personalised label on the left attached by perforations, elsewhere the stamps are more properly regarded as one-piece personalised meter stamps with a colourful design next to the indicia. Stamps produced by Zazzle.com for the United States, for instance, are one-piece, self-adhesive with simulated perforations and visually very similar to normal United States postage stamps except for the addition of a barcode along one edge.
Usage
Examples given by postal authorities who offer this service usually depict family members, pets or other uncontroversial  subjects but users quickly realised that they could place almost any image in the space. For instance, there have been attempts to publicise missing persons, promote political causes such as Tamil independence, or to place the image of criminals or other controversial individuals on the stamps. The rules of most countries generally prohibit such things, however, stamp producers may not spot every attempt to circumvent their rules, particularly when it is not obvious who or what is being depicted, or that the image has some political or other significance.
(From Wikipedia, the free encyclopedia)

The deed was officially registered in Antwerp on 21 January 1938. That same month, was issued also the first issue of the monthly magazine of the VBP which called 'The Stamp.

The creation of the VBP undoubtedly responded to an urgent need, not only for linguistic reasons, but also for social reasons. In the first issue of the magazine, these are indicated as follows: "The lack of philatelic circles outside the major centers, with a corresponding to fragmentation of associations in these centers, and the fact that the ordinary Flemish collector too little to be draw could come into the existing circuits usually had as french language and are often also targeted only to the select bourgeoisie. "

VBP therefore was given the task: "All philatelists, over the Flemish region spread, unite in a single union to expand this into a powerful force that also philatelic field, our people would be entitled undervalued."

(Google translation from Flamish to English) 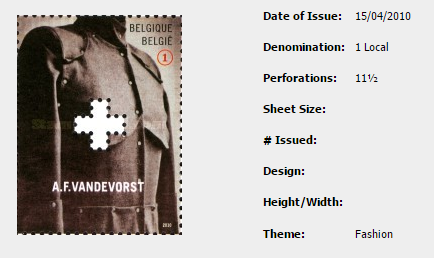 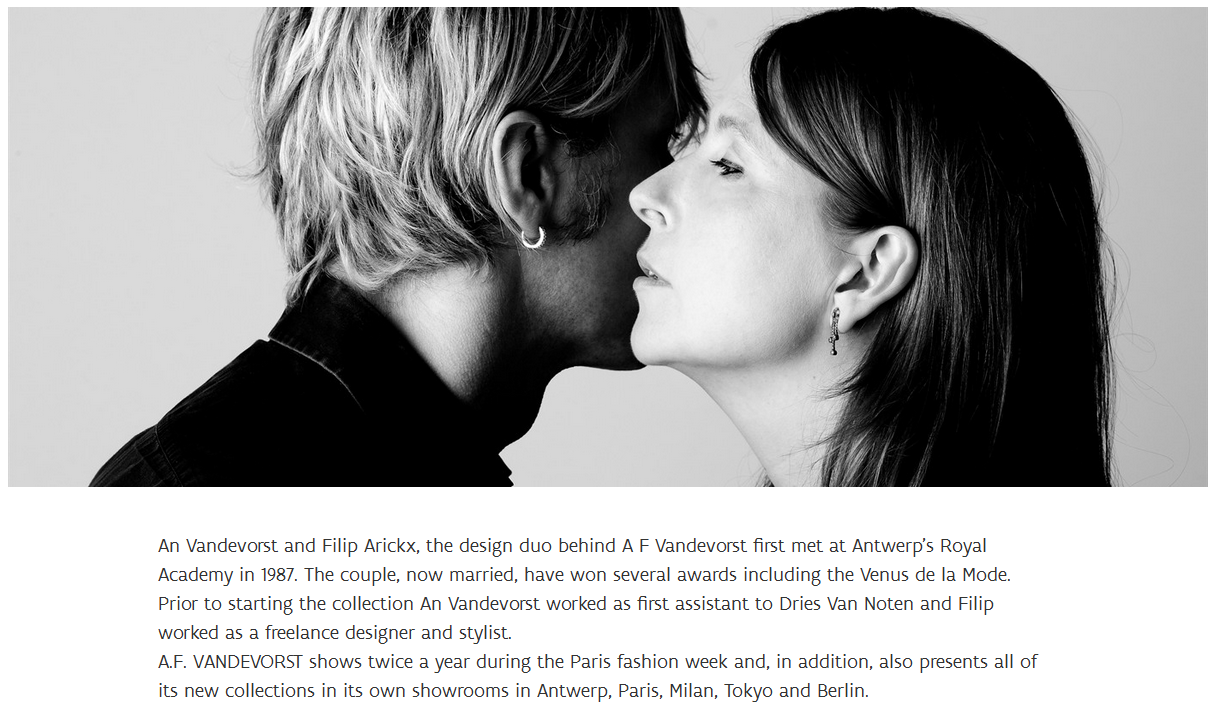 Belgian husband-wife team An Vandevorst and Filip Arickx launched their first collection in Paris in 1998 after graduating from the Fashion School of the Royal Academy of Fine Arts in Antwerp. They launched a shoe collection in 2003 and naturally segued into a lingerie line three years later. The pair is known for their deft contrasts in fabrics, textures, and colors, often layering silky lingerie-inspired pieces with tailored jackets, reworked white cotton button-downs, or dramatic capes.


The Belgian label was launched by married couple, An Vandevorst and Filip Arikcx in 1997, linked by a mutual penchant for collecting hospital memorabilia. This occupation inspires their fashion designs that evoke functional uniforms. Their style has this conceptual feel dear to the Belgian school yet, it remains accessible, sexy and feminine. 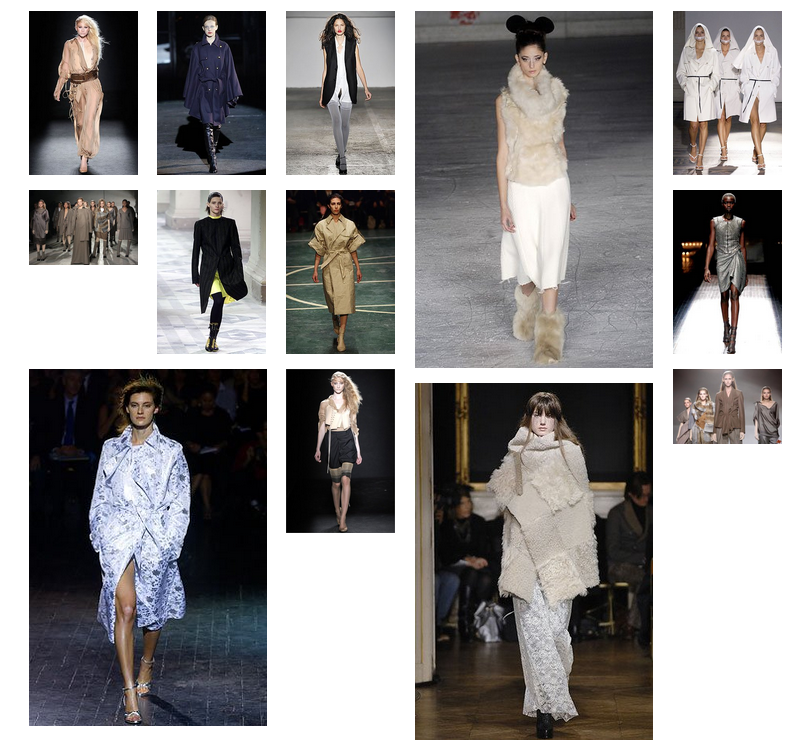 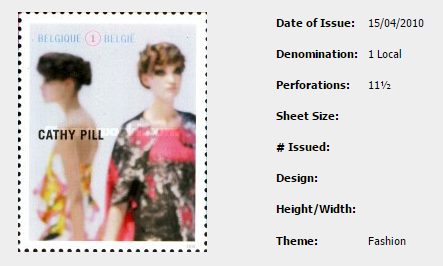 Cathy Pill (born in Antwerp in 1981) is a Belgian fashion designer,  formerly Creator and Director of Cathy Pill label,  and presently co-founder and Chief Executive Officer of MuseStyle. Cathy Pill graduated from the fashion school E.N.S.A.V. of La Cambre in Brussels. She interned at brands such as A.F. Vandevorst and Vivienne Westwood before winning a numerous prizes.


After graduating, Cathy quickly became a multi award-winning designer. She started her career at A.F. Vandevorst and Vivienne Westwood. The brand was featured in more than 70 stockists over the world (Galleries Lafayette, Browns, Harvey Nichols, Liberty, Stijl, Irina Kha  and was worn by a number of celebrities (Lou Doillon, Beth Ditto,  Eva Green).  Cathy Pill also worked on a lot of collaborations 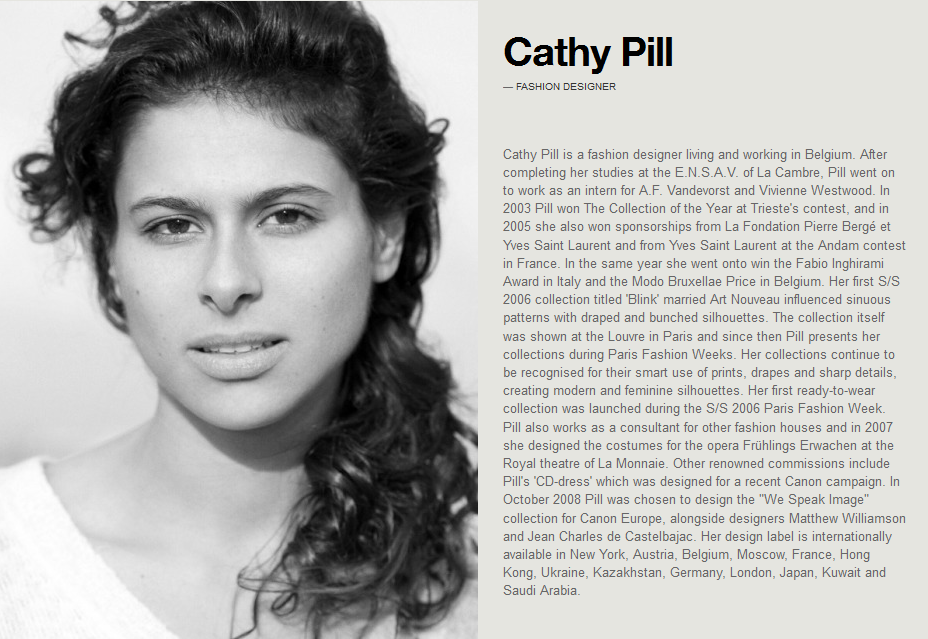 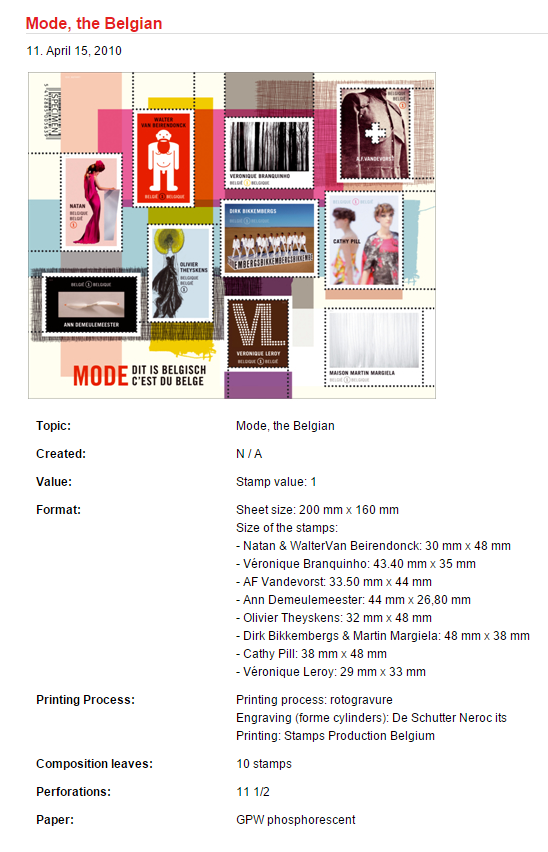 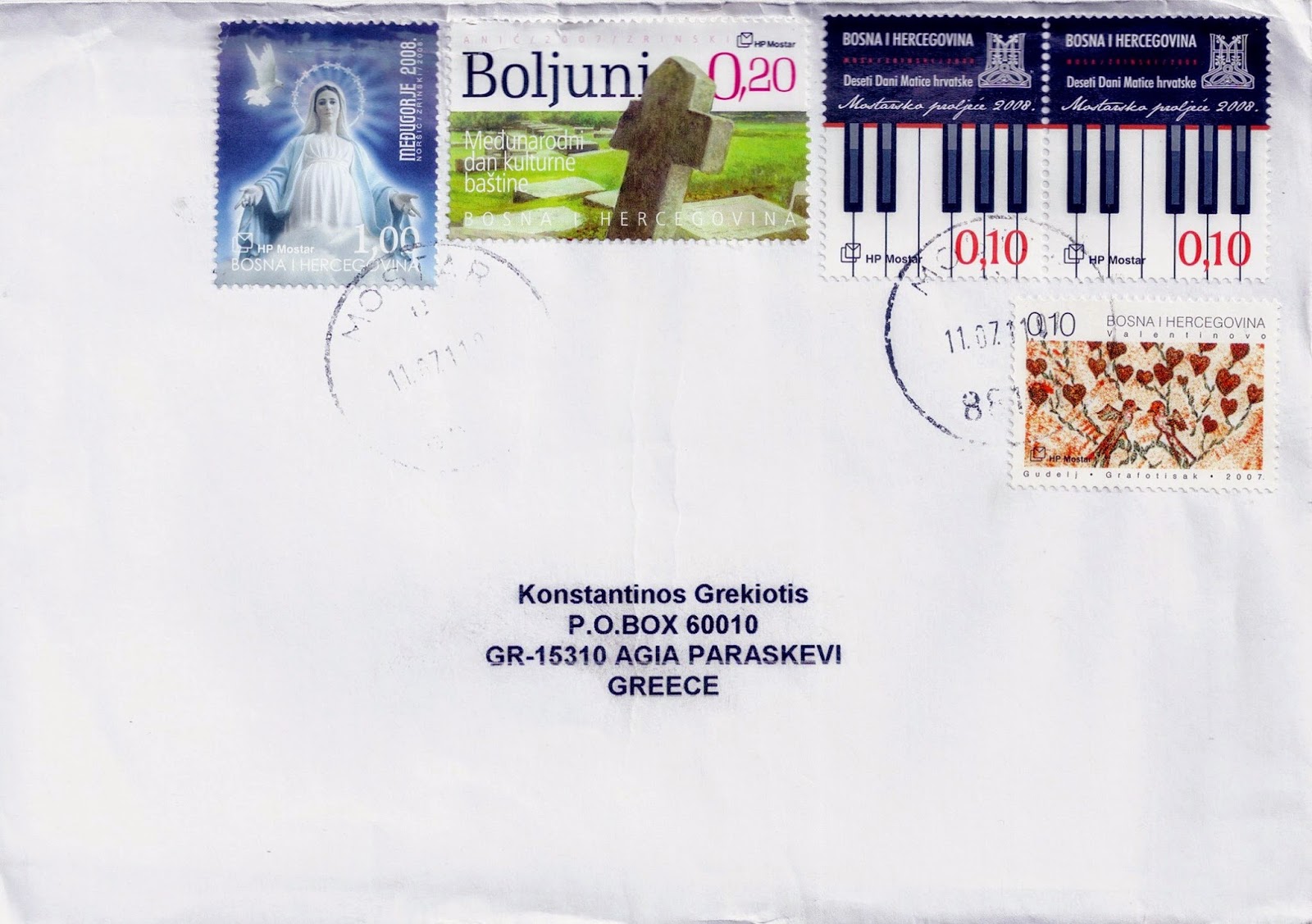 Many thanks to Zoran Cubela for his nice cover from Bosna Hercegovina. Zoran is administrator of a philatelic blog which you can find it here : 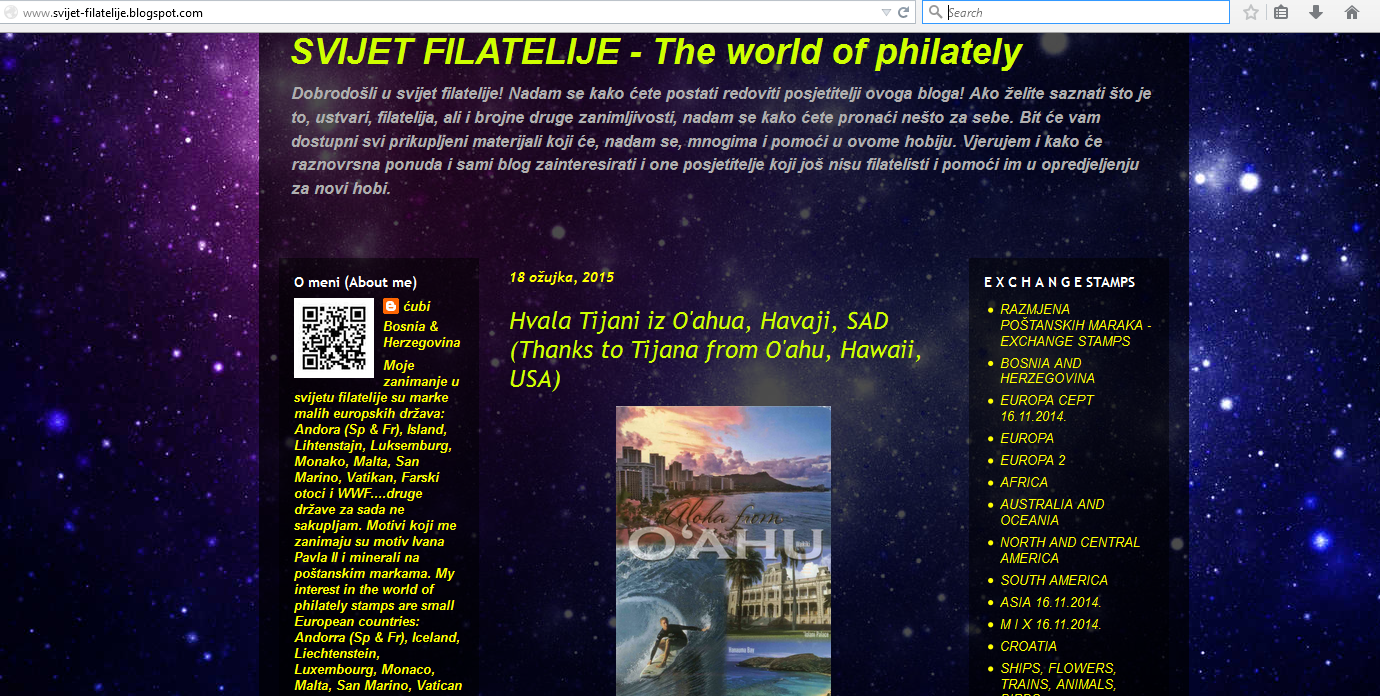 Now about the cover..

There are  five stamps on the cover. Two issued in 2007 and two issued on 2008 by  Bosnia and Herzegovina, Croatian Administration (Mostar Post Office) 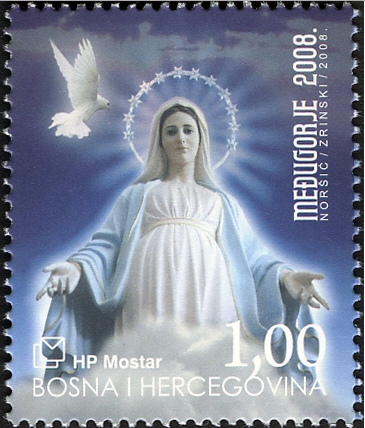 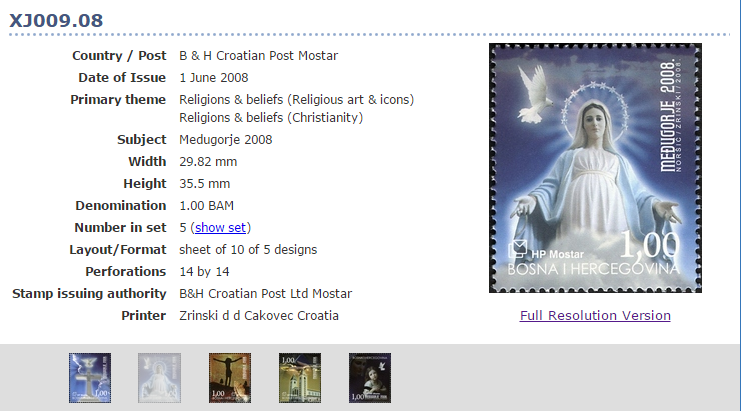 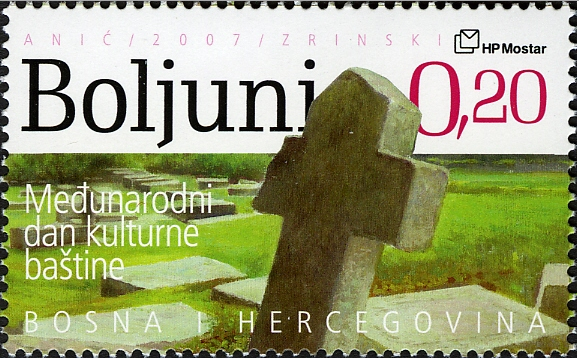 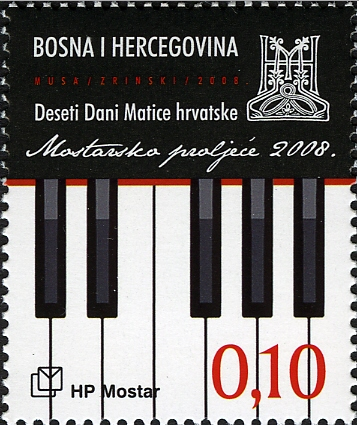 "Matica hrvatska" Days
The branch of Matica Hrvatska in Osijek organizes every year a rich cultural program on the occasion of celebrating the Matica Hrvatska Days.
Besides the literary arts this event includes also other types of artistic expression. Each year the event is organized in co-operation with an international branch of Matica Hrvatska, this mainly includes cities from neighbouring countries and many of them are Sister Cities of the City of Osijek, like: Pécs, Subotica and Tuzla. The event usually includes literary readings, discussions and round tables, presentations of literary publications, literary discussions, poetry evenings, but also concerts and exhibitions. 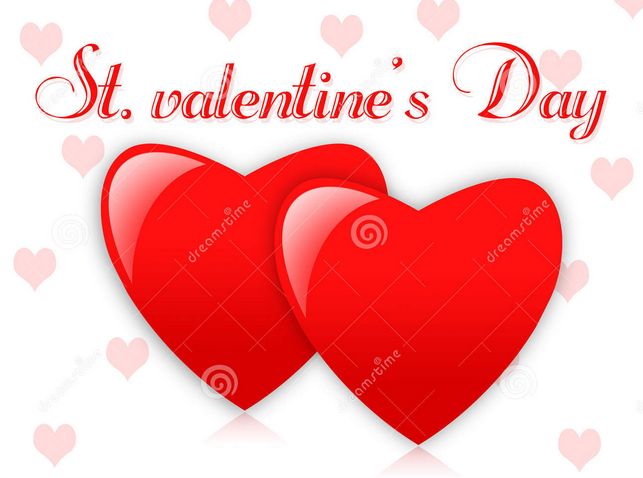 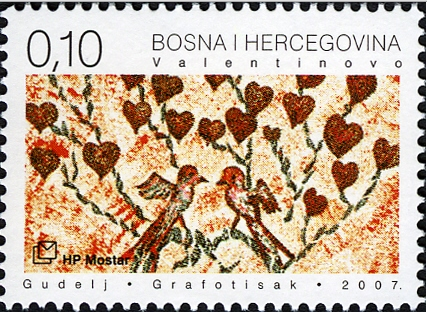 St. Valentine's Day began as a liturgical celebration of one or more early Christian saints named Valentinus. Several martyrdom stories were invented for the various Valentines that belonged to February 14, and added to later martyrologies. A popular hagiographical account of Saint Valentine of Rome states that he was imprisoned for performing weddings for soldiers who were forbidden to marry and for ministering to Christians, who were persecuted under the Roman Empire. According to legend, during his imprisonment, he healed the daughter of his jailer, Asterius. An embellishment to this story states that before his execution he wrote her a letter signed "Your Valentine" as a farewell. Saint Valentine's Day is an official feast day in the Anglican Communion, as well as in the Lutheran Church. The Eastern Orthodox Church also celebrates Saint Valentine's Day, albeit on July 6 and July 30, the former date in honor of the Roman presbyter Saint Valentine, and the latter date in honor of Hieromartyr Valentine, the Bishop of Interamna (modern Terni). In Brazil, the Dia de São Valentim is recognized on June 12.

The day was first associated with romantic love in the circle of Geoffrey Chaucer in the High Middle Ages, when the tradition of courtly love flourished. In 18th-century England, it evolved into an occasion in which lovers expressed their love for each other by presenting flowers, offering confectionery, and sending greeting cards (known as "valentines"). In Europe, Saint Valentine's Keys are given to lovers "as a romantic symbol and an invitation to unlock the giver’s heart", as well as to children, in order to ward off epilepsy (called Saint Valentine's Malady). Valentine's Day symbols that are used today include the heart-shaped outline, doves, and the figure of the winged Cupid. Since the 19th century, handwritten valentines have given way to mass-produced greeting cards.