Preserve The Polar Regions and Glaciers 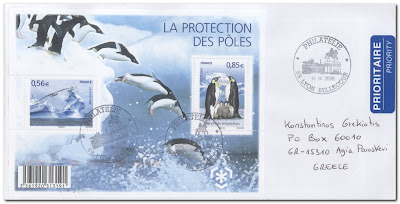 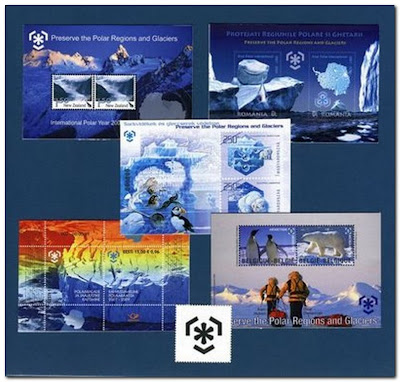 “Preserve the Polar Regions and Glaciers”:
A major philatelic event for the closing of IPY in March 2009

Last Saturday September 20t 2008, at the “Austria Center Vienna”, a few steps from the UN Headquarter in Vienna, have been officially presented the major philatelic event concerning the “International Polar Year 2007-2009”.

To pay tribute to all the efforts made during this fourth “International Polar Year” 2007-2009 and to deliver a strong message aimed at the whole world, the postal administrations of around 40 countries have decided to joint to produce a common stamp issue concerning the problem of the Global Warming and featuring the slogan “Preserve the Polar Regions and Glaciers”.

Started with a common agreement between Finland and Chile and launched in May 2007 during the state visit in Finland made by Michelle Bachelet, President of Chile, it’s today 40 postal operators who have joined the project. The Finnish Philatelic Center’s Director, Markku Penttinen, is acting as the leader of this campaign.

Most of the Nordic Countries (Canada, Finland, Greenland, Iceland, Norway …) who issued a common block of stamps in March 2007 for the IPY’s opening are involved in this issue, as well as the countries pretending claims in Antarctica (like Argentina, Australia, Chile, New Zealand …) or having stations on the White Continent (Belgium, Brazil, Bulgaria, Czech Rep., Ecuador, India, Japan, South Africa, Uruguay).

Some other countries having temporary research programs in the Polar Regions are also joining the stamp issue (like Estonia, Hungary or Switzerland for example). The program is still open to other goodwill countries involved in polar matters.

As Director Markku Pertinnen says, “A stamp is a receipt for postage paid but it is also a media … Millions of people all over the world will see this message and its appeal”.

Each country will be free to decide the theme and illustration for the issue, solely a common campaign symbol will be shared. The design – a “protected” ice crystal - has been created by Saku Heinänen a Finnish graphic designer and Master of Arts but also a keen amateur naturalist. The projects of some postal administrations are illustrated below.

I am interested for any MINT stamp , official fdc , souvenir sheet (s/s) - miniature sheet on this subject “Preserve the Polar Regions and Glaciers”. So I accept your offers. 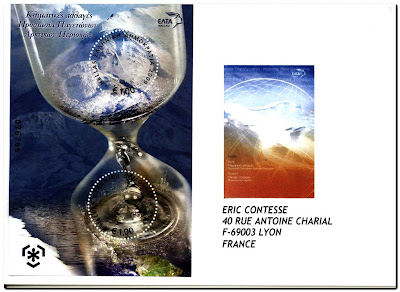 If someone is interested for the above greek miniature sheet please let me know on time as there is a very small number of them and there is big demand from all over the world.

Instead of currency you can send complete mint stamp sets from your country of equal value after you contact me through snail mail or through an e-mail sending to me. This offer valid till the end of May or till the time I can get the items through post office.