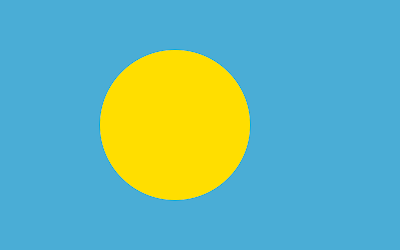 /pəˈlaʊ/ (help·info), officially the Republic of Palau (Palauan: Beluu er a Belau), is an island nation in the Pacific Ocean, some 500 miles (800 km) east of the Philippines and 2,000 miles (3,200 km) south of Tokyo. Having emerged from United Nations trusteeship (administered by the United States) in 1994, it is one of the world's youngest and smallest nations. In English, the name is currently sometimes spelled phonetically in accordance with the native pronunciation Belau. It was formerly also spelled Pelew[1].

Palau's most populous islands are Angaur, Babeldaob, Koror, and Peleliu. The latter three lie together within the same barrier reef, while Angaur is an oceanic island several miles to the south. About two-thirds of the population live on Koror. The coral atoll of Kayangel is situated north of these islands, while the uninhabited Rock Islands (about 200) are situated to the west of the main island group. A remote group of six islands, known as the Southwest Islands, some 375 miles (600 km) from the main islands, are also part of the country and make up the states of Hatohobei and Sonsorol.

Early Palauans may have come from Australia, Polynesia and Asia. Depending on the thread of the family, Palauans may indeed represent many parts of Melanesia, Micronesia and Polynesia. However, it is traditionally not considered to be Micronesian. According to geneticists, there are two distinctive strains of Melanesian bloodlines: one is associated with indigenous Australians/Papua New Guineans and the other is known to have originated in Asia. There has not been any link established between the two.

In the European and Australian world Belau/Pelew is better known by the name of "The Black Islands". Vintage maps and village drawings can be found at the Australian library online, as well as photos of the tattooed and pierced Ibedul of Koror and Ludee.

Carbon dating and recent archaeological discoveries have brought new attention to the archipelago. Cemeteries uncovered in islands have shown Palau has the oldest burial ceremony known to Oceania. Prior to this there has been much dispute as to whether Palau was established during 2500 BC or 1000 BC. New studies seem to dispute both of these findings. Moreover, Palau's ancient trading partner, Java, has also come under close scrutiny since Homo floresiensis was found. Like Flores, remains of small-bodied humans have been found in Palau.[2]

For thousands of years, Palauans have had a well established matrilineal society, believed to have descended from Javanese precedents. Traditionally, land, money, and titles passed through the female line. Clan lands continue to be passed through titled women and first daughters[3] but there is also a modern patrilineal sentiment introduced by imperial Japan. The Japanese government attempted to confiscate and redistribute tribal land into personal ownership during World War II, and there has been little attempt to restore the old order. Legal entanglements continue amongst the various clans.[4]

Palau gained its independence October 1, 1994, when the Compact of Free Association with the United States came into force. Palau was the last portion of the Trust Territory of the Pacific Islands to gain its independence. Under the Compact, the U.S. remains responsible for Palau's defense for 50 years, and Palauans are allowed to serve in the U.S. military without having to possess permanent residency in the U.S. 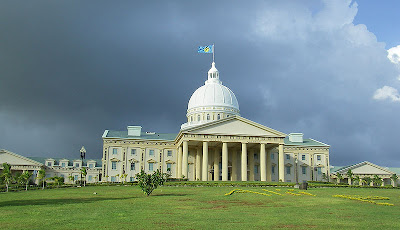 The New Capitol in Palau 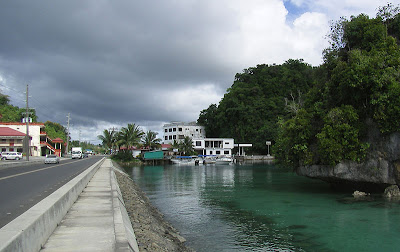