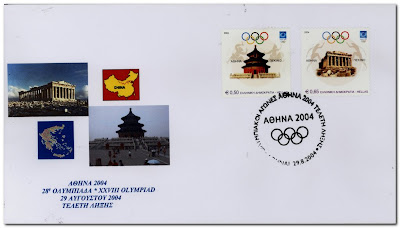 This is a First Day Cover which was official sealed during the ceremony of the final day
on August 29, 2004.

This is one of ten enveloppes that were ONLY sealed on that day having this stamp. 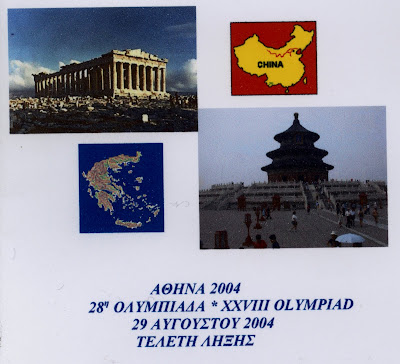