P.R. OF CHINA - POSTCARDS FROM The People's Republic of China (PRC) listen (help·info)), commonly known as China or mainland China, is the largest country in East Asia and the most populous in the world with over 1.3 billion people, approximately a sixth of the world's population. It is a socialist republic ruled by the Communist Party of China under a single-party system and has jurisdiction over twenty-two provinces, five autonomous regions, four municipalities, and two largely self-governing Special Administrative Regions. China's capital is Beijing. At 9.6 million square kilometres, the People's Republic of China is the world's third or fourth largest country by total area,[7] and the second largest by land area.[8] Its landscape is diverse with forest steppes and deserts (the Gobi and Taklamakan) in the dry north near Mongolia and Russia's Siberia, and subtropical forests in the wet south close to Vietnam, Laos, and Myanmar. The terrain in the west is rugged and high altitude, with the Himalayas and the Tian Shan mountain ranges forming China's natural borders with India and Central Asia. In contrast, China's eastern seaboard is low-lying and has a 14,500-kilometre long coastline bounded on the southeast by the South China Sea and on the east by the East China Sea beyond which lies Korea and Japan.

Ancient Chinese civilization—one of the world's earliest—flourished in the fertile basin of the Yellow River which flows through the North China Plain. For over 4,000 years, China's political system was based on hereditary monarchies (also known as dynasties). The first of these dynasties was the Xia but it was later the Qin Dynasty who first unified China in 221 BC. The last dynasty, the Qing, ended in 1911 with the founding of the Republic of China (ROC) by the Nationalist Kuomintang (KMT). The first half of the 20th century saw China plunged into a period of disunity and civil wars that divided the country into two main political camps – the Kuomintang (KMT) and the Communists. Major hostilities ended in 1949, when the People's Republic of China (PRC) was established in mainland China by the victorious Communists. The KMT-led Republic of China government retreated to Taipei, its jurisdiction now limited to Taiwan and several outlying islands. As of today, the PRC is still involved in disputes with the ROC over issues of sovereignty and the political status of Taiwan.

China's importance[9][10] in the world today is reflected through its role as the world's third largest economy nominally (or second largest by PPP) and a permanent member of the UN Security Council as well as being a member of several other multilateral organizations including the WTO, APEC, East Asia Summit, and Shanghai Cooperation Organization. In addition, it is a nuclear state and has the world's largest standing army with the second largest defense budget. Since the introduction of market-based economic reforms in 1978, China has become one of the world's fastest growing economies[11] and the world's second largest exporter and the third largest importer of goods. Rapid industrialization has reduced its poverty rate from 53% in 1981 to 8% in 2001.[12] However, the PRC is now faced with a number of other problems including a rapidly aging population due to the one-child policy,[13] a widening rural-urban income gap, and environmental degradation.[14][15] 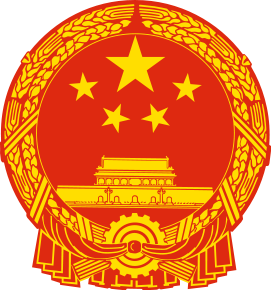 The National Emblem of the People's Republic of China (中华人民共和国国徽) contains a representation of Tiananmen Gate, the entrance gate of the Forbidden City from the Tiananmen Square in Beijing, in a red circle. Above this representation are the five stars found on the national flag. The largest star represents the Communist Party of China, while the four smaller stars represent the four social classes as defined in Maoism. The emblem is described as being "Composed of patterns of the national flag."[1] These elements were described as

...The red color of the flag symbolizes revolution and the yellow color of the stars the golden brilliant rays radiating from the vast red land. The design of four smaller stars surrounding a bigger one signifies the unity of the Chinese people under the leadership of the Communist Party of China (CPC)

The circle has a border that contains sheaves of wheat reflecting the Maoist philosophy of an agricultural revolution. At the center of the bottom portion of the border is a cog-wheel that represents the industrial workers.

These elements together were designed to symbolise the revolutionary struggles of the Chinese people since the May Fourth Movement, and the coalition of the proletariats which succeeded in founding the People's Republic of China.

The emblem was designed by Liang Sicheng, a famous architect, in a competition held at the founding of the People's Republic with obvious similarities to the symbols used by the USSR. It was determined as the National Emblem on September 20, 1950 by the Central People's Government. 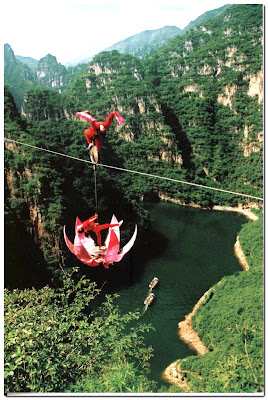 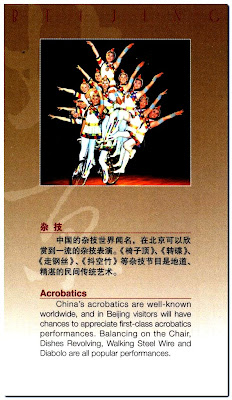 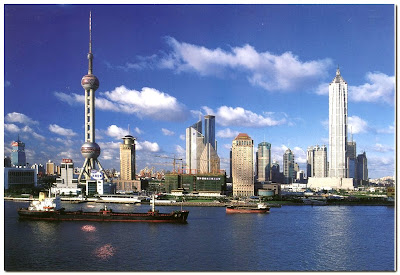 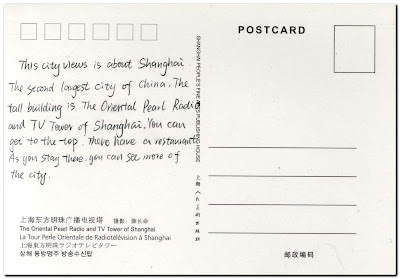 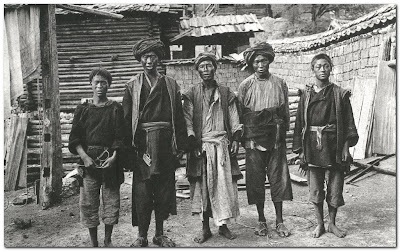 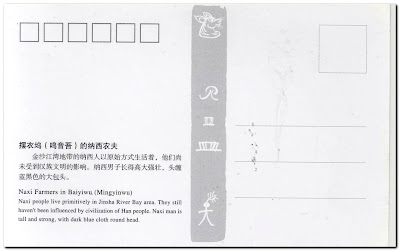 Info is coming from :
http://en.wikipedia.org/wiki/People's_Republic_of_China

Thank you Estrella for the beautiful items you sent me
Posted by kgrek at 9:03 PM