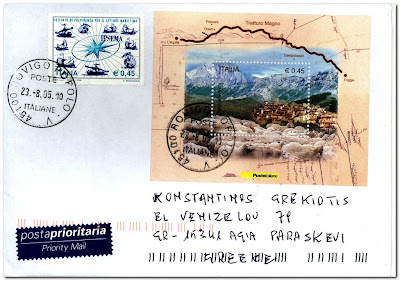 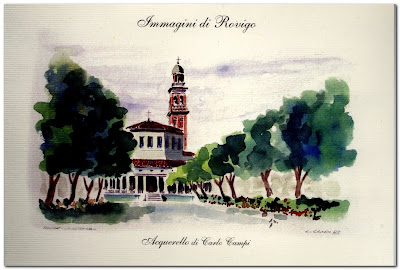 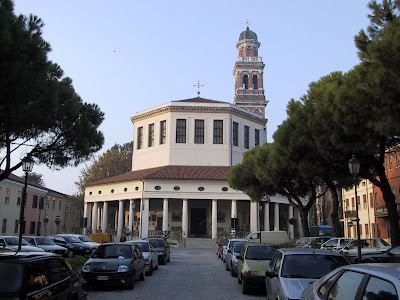 Church of Madonna del Soccorso, best known as La Rotonda. If was built between 1594 and 1606 by Francesco Zamberlan of Bassano, a pupil of Palladio, to house a miraculous image of a sitting Madonna with Child carrying a rose. The edifice has octagonal plan, surrounded by a portico, begun in 1594. The original construction had a cupola, which was later substituted by a simple ceiling for static reasons. The fine campanile, standing at 57 m, was built according to plans by Baldassarre Longhena (1655–1673). The walls of the interior of the church are wholly covered by 17th centuries paintings by prominent provincial and Venetian artists, including Francesco Maffei, Domenico Stella, Giovanni Abriani, Alessandro Varotari (il Padovanino), Pietro Vecchia, Pietro Liberi, Antonio Zanchi and Andrea Celesti.

I thank you very much
Posted by kgrek at 4:27 PM