Thanks to Melanie S C Wong 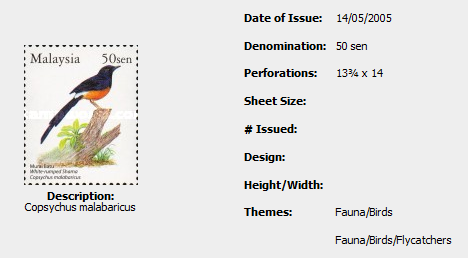 The white-rumped shama (Copsychus malabaricus) is a small passerine bird of the family Muscicapidae. Native to densely vegetated habitats in the Indian subcontinent and Southeast Asia, its popularity as a cage-bird and songster has led to it being introduced elsewhere.
Description
They typically weigh between 28 and 34 g (1.0 and 1.2 oz) and are around 23–28 cm (9–11 in) in length. Males are glossy black with a chestnut belly and white feathers on the rump and outer tail. Females are more greyish-brown, and are typically shorter than males. Both sexes have a black bill and pink feet. Juveniles have a greyish-brown colouration, similar to that of the females, with a blotchy or spotted chest.
Sonogram


The voice of this species is rich and melodious which made them popular as cage birds in South Asia with the tradition continuing in parts of Southeast Asia. It is loud and clear, with a variety of phrases, and often mimics other birds. They also make a 'Tck' call in alarm or when foraging.  One of the first recordings of a bird song that was ever made was of this species. This recording was made in 1889 from a captive individual using an Edison wax cylinder by Ludwig Koch in Germany. 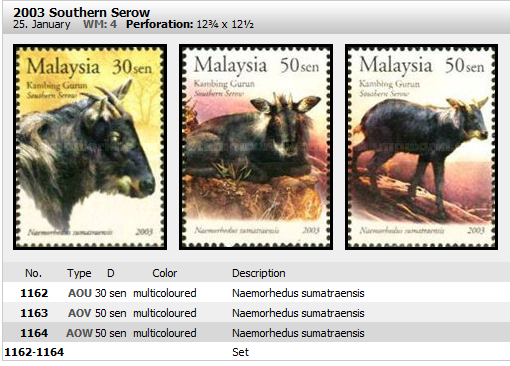 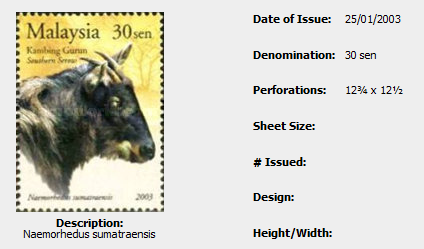 This species is found in Indonesia (Sumatra), Malaysia (Peninsular Malaya), Thailand (south of about 9°S latitude) (Grubb, 2005). In Indonesia (Sumatra), limited almost entirely to the volcanic mountain chain of the Barisan mountains which runs along the western spine of Sumatra from Aceh in the north to Lampung in the south. Although suitable habitat is more extensive within these mountains (Santiapillai and Widodo, 1989), there are only three known major concentrations: the Aceh highlands in the north, the Kerinci highlands in the centre and the Barisan Seletan highlands in the south. It is also found scattered through Peninsular (West) Malaysia, but concentrated in the northern states, especially Kelantan, Perlis and Perak. The species has been recorded in 50 areas in Peninsular Malaysia, but in each area, the number of animals is estimated to be only between 10 to 15 individuals.