Many thanks to Khang Tsung Fei who had the kindness to send me the above nice cover. The cover has four stamps from the eight post stamps set called "The Malaysia local markets" issued on March 23, 2010. 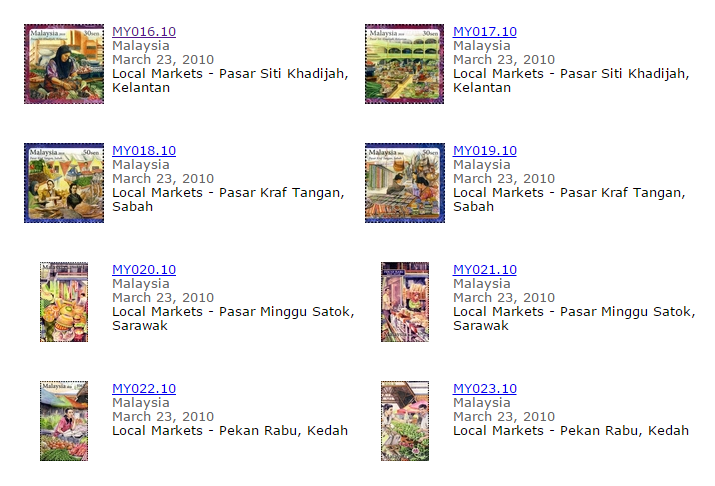 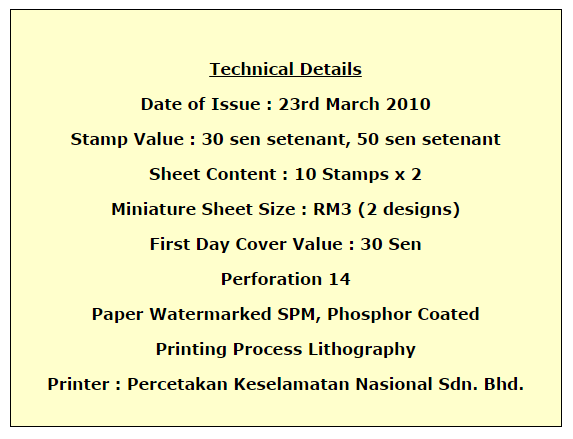 Visiting the local market in any state in Malaysia is a good way to discover the way of life of the people from that state. Each market from the different states has different culture, way of life and unique characteristics.

Markets can be divided into dry markets that only sell non-perishable products such as spices, salted fish, keropok, clothing and souvenirs such as Pasar Kraf Tangan in Sabah and Pekan Rabu in Kedah whereas some markets sell both non-perishable and perishable such as poultry, fish, beef, seafood and vegetables such as Pasar Siti Khadijah in Kelantan and Pasar Minggu Satok in Sarawak.

In these modern times, many supermarkets offer more hygienic and conducive shopping environment. However, the local market is still the preferred market to shop for the family’s need. 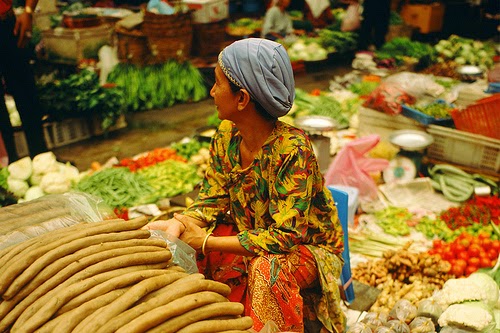 Pasar Siti Khadijah, originally known as Pasar Buluh Kubu is the central market located in the heart of Kota Bahru. Its name was changed to the name of the first wife of Prophet Muhammad who was a businesswoman, as the market is mainly made up of female traders.
The market is in an octagon shaped building consisting of four levels which specialize in different areas. The lower floor specializes in wet food such as fish, vegetables, poultry and so on. The first level specializes in dry food such as spices, serunding, local sweets, keropok and dodol. There are also food stalls selling popular Kelantanese food such as ayam percik, ikan percik, nasi kerabu, nasi berlauk, nasi dagang and laksam. The famous traditional sweets such as tahi itik, akak, jala mas, buah tanjung and others are also available on this level. The second level specializes in non-edible items such as kain batik, batik clothing, head gear and muslim women and other household items. 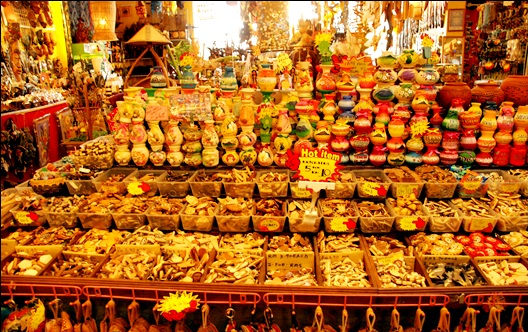 Pasar Kraftangan situated in the city of Kota Kinabalu is more popularly known as Filipino Market among the locals and tourists. This is due to it s history of selling only handicrafts from the Philippines. However, it has since developed and now also offers handicraft and souvenirs from other Asian countries as well. Kain Sarung batik, rattan carpet, calligraphy carvings, crystal and pearls are amongst the popular items in this market. 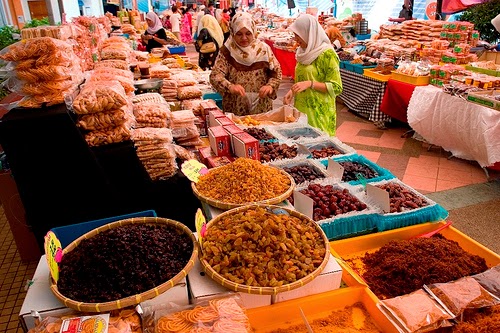 Pekan Rabu, situated in the heart of Alor Setar is well known among the locals and tourists from outside Kedah. The complex has 5 levels of shops offering a variety of dry food such as kerepek, keropok, local sweets, clothing, headgear for muslim women, fermented fish and handcrafts. 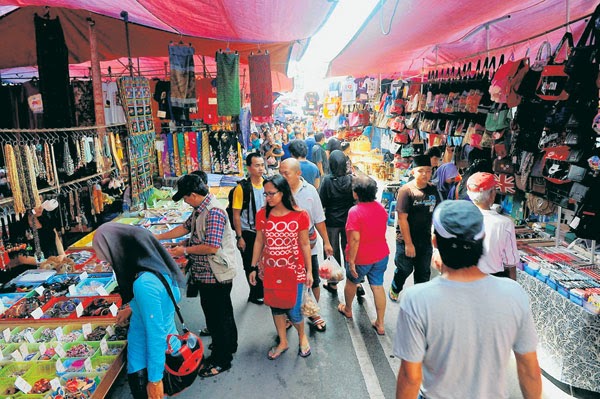 Pasar Minggu Satok, situated in the city of Kuching is where local traders from outskirts of Kuching peddle their wares such as jungle produce and wild fruits.
This market offers an interesting opportunity to see and discover the herb produce, wild fruits and plants as well as animals used by the locals in their cooking and traditional medication. Traders also sell handicraft, clothes, food and drinks and much more. 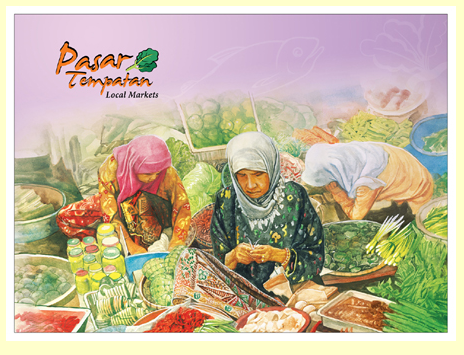