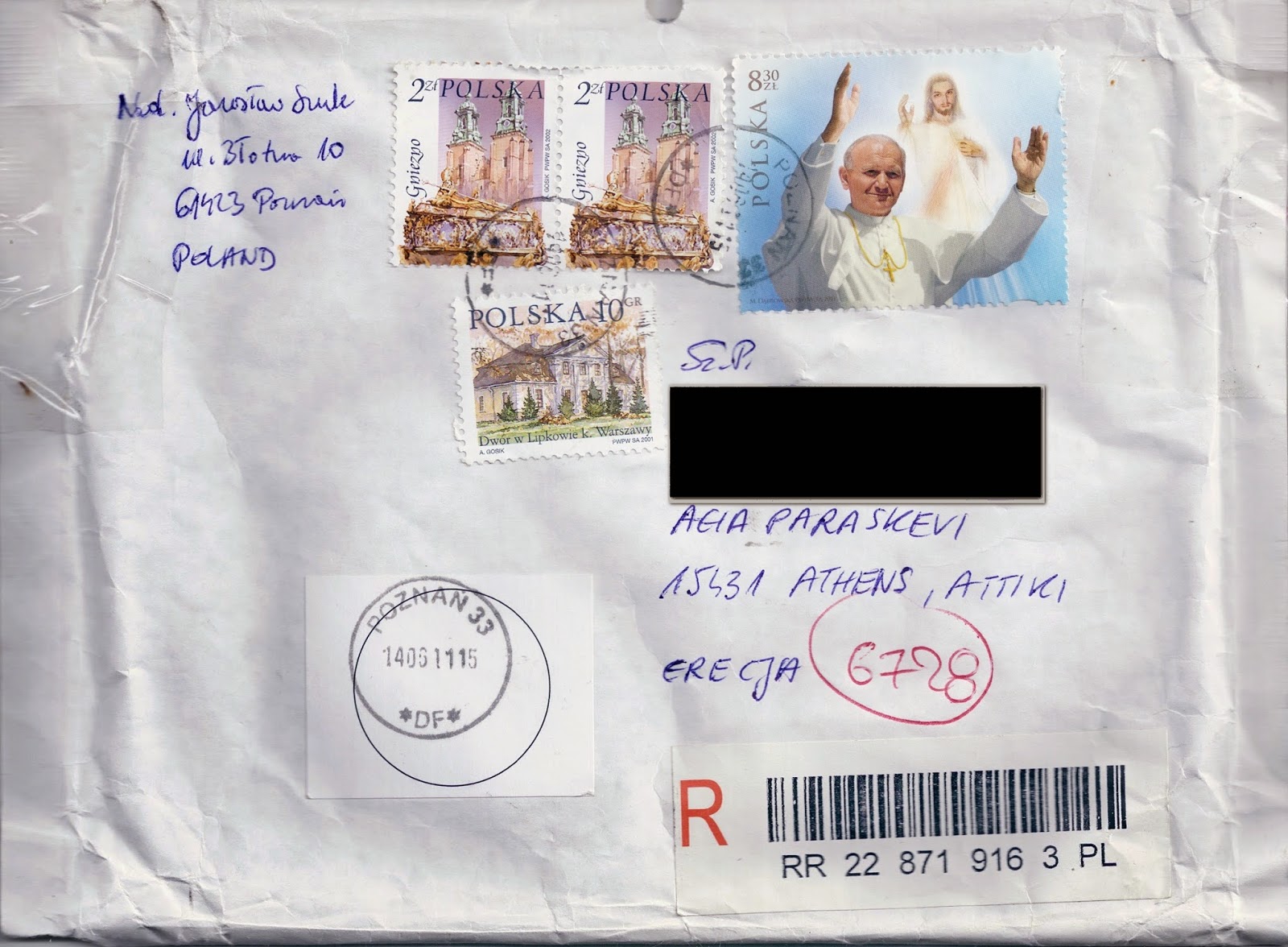 Many thanks to the anonymous friend who offered the above cover from Poland to WORLD PHILATELIA. 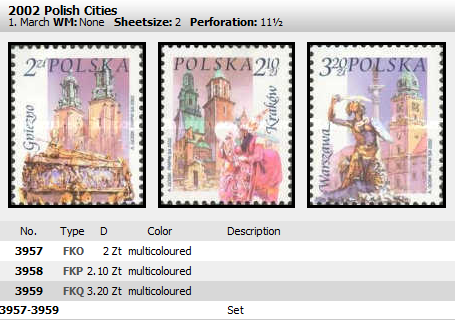 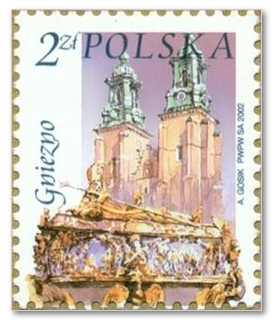 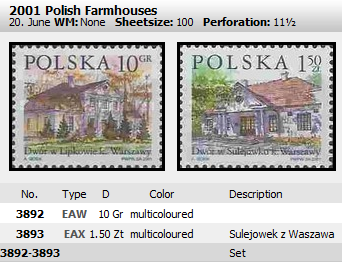 Joint Issue* with The Vatican 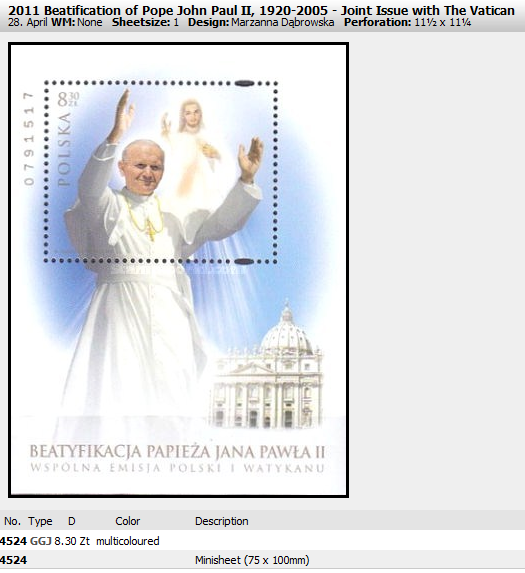 * A joint issue is the release of stamps or postal stationery by two or more countries to commemorate the same topic, event or person of relevance to both countries. Joint issues typically have the same first day of issue and their design is often similar or identical, except for the identification of country and value. 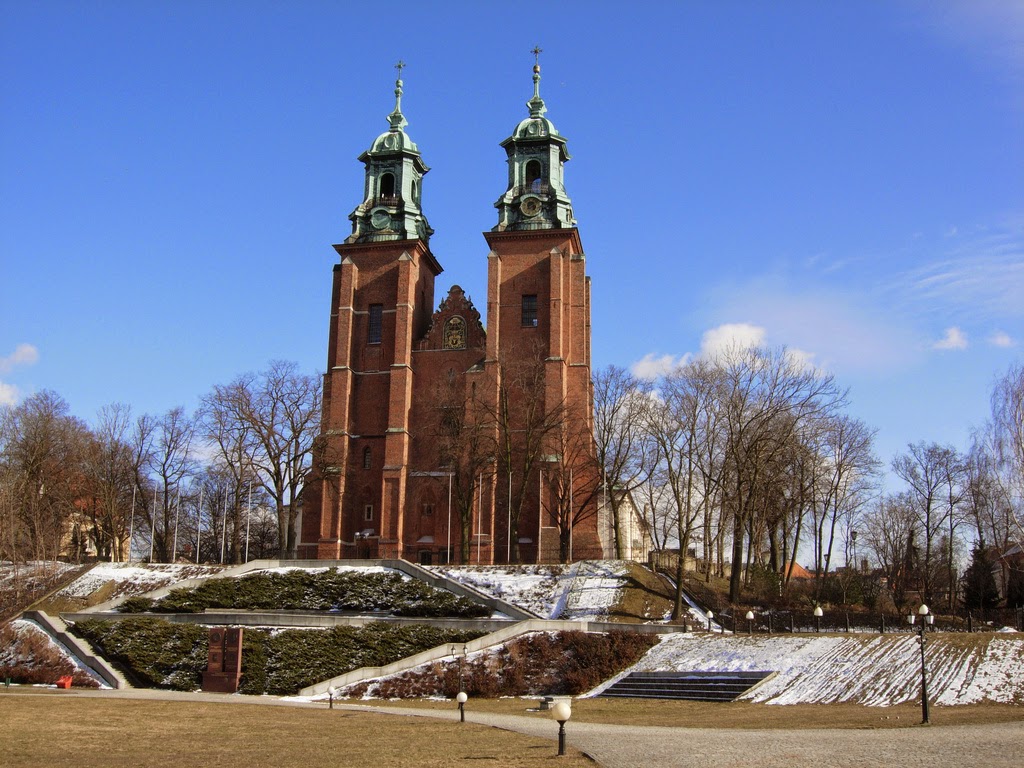 The Cathedral Basilica of the Assumption of the Blessed Virgin Mary and St. Adalbert (Polish: Bazylika Archikatedralna Wniebowzięcia Najświętszej Marii Panny i św. Wojciecha) is a Gothic cathedral in Gniezno, Poland.

The Cathedral is known for its twelfth-century (ca. 1175), two-winged bronze doors decorated with scenes of martyrdom of St. Wojciech and a silver relic coffin of that saint. The coffin was made by Peter von der Rennen of pure silver in 1662 after the previous one (established in 1623 by King Sigismund III Vasa) was robbed by the Swedes in 1655, during the Deluge.

The cathedral is one of Poland's official national Historic Monuments (Pomnik historii), as designated September 16th, 1994 and tracked by the National Heritage Board of Poland. 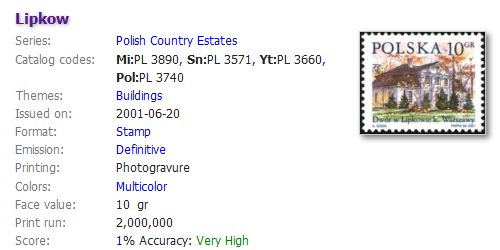 Manor House in the Tartars 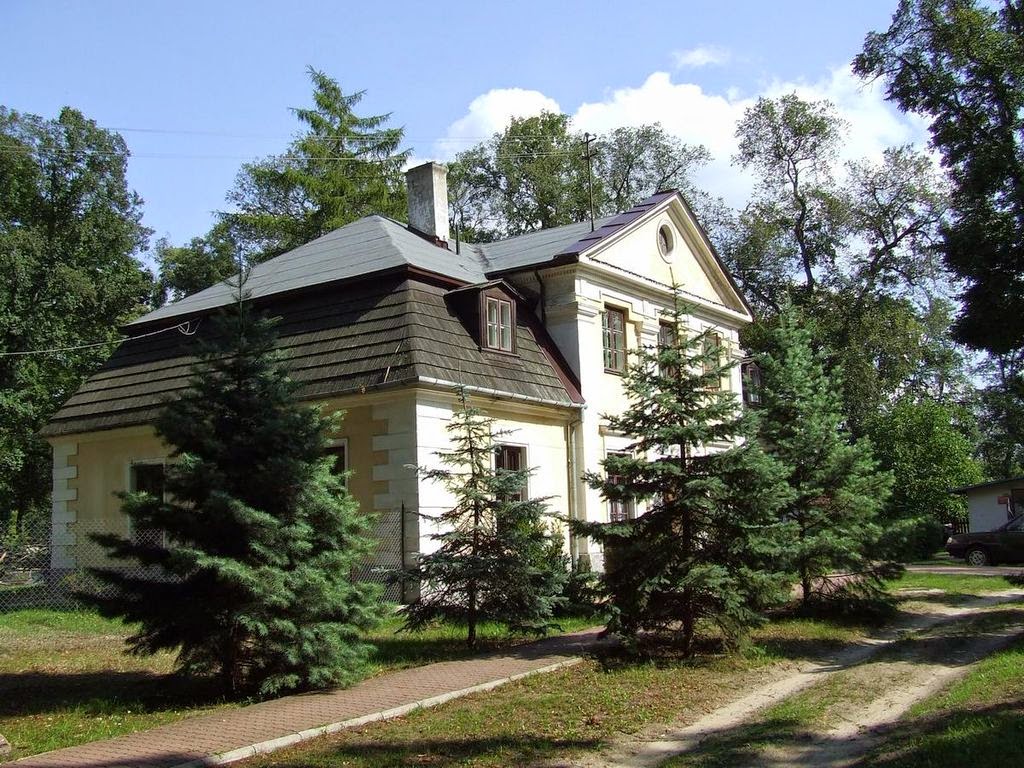 Mansion in the Tartars - classicist manor house located in the village of the Tartars in Stare Babice in Mazowieckie , near the Kampinos Forest and close to the road Warsaw - Sochaczew . Today, it houses the rectory .

The mansion was built in 1792 year by James Paschal Jakubowicz , Armenian arrived in Polish in the 60's. XVIII century with Tokatu in Pontus and ennobled by the King Stanisław August Poniatowski, a multiplication of useful crafts . It was designed by Hilary Szpilowski. Manor is a single-storey building, covered with a mansard roof with a very wide projection on the axis surmounted by a triangular frontage and articulated pilasters . The corners of the object are rusticated . In the interwar period the building was built columned portico , which, however, was liquidated during reconstruction after the war.

After the death of Paschal Jakubowicz in 1816 or 1817 , the mansion was inherited by his son, Joseph Marcus Paschal. Then Lipków belonged to families Miecznikowskich, Worowskich, Młodzianowskich and since 1880 he Szetkiewicz Kazimierz , the future father-in Henryk Sienkiewicz . In 1909 , his owner was Gustav Dashkevich, then Louis Suwald. In the 20. century property Lipków counted 198 hectares . The last owner was George Suwalda court. During World War II, the German army occupied property, then it was nationalized.

In 1948 workers PGR zaprószyli fire accident due to faulty pipes carried coal stoves and mansion burned down. In 1956 , the local parish of St. Rocha began efforts to obtain the burned court for the purpose of presbyteries. In this case, even the application was sent to the Prime Minister Joseph Cyrankiewicz. In 1957 , the Office for Religious Affairs has approved the Regional Conservator of Monuments to transfer the ruins of the parish court. In the same year the building was rebuilt thanks to the efforts of Father canon Stefan Kowalczyk , pastor of the parish of the Blessed Virgin Mary in Warsaw and Father Wenceslas Kurowski .

Next to the building is the former manor park and the church of St. Rocha , founded in 1792 by Pasquale Jakubowicz also according to Hilary Szpilowski. 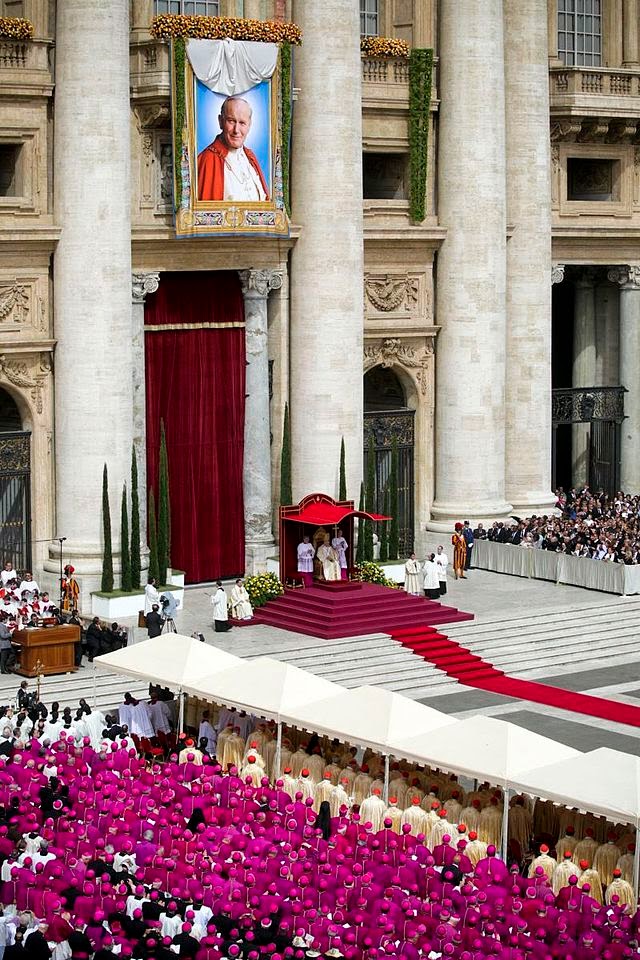 The beatification ceremony of Pope John Paul II was held on 1 May 2011 and was presided over by Pope Benedict XVI.[39] A vigil in preparation for the celebration was held the night before in the Circus Maximus. The casket in which he was interred was exhumed and placed before Saint Peter's tomb on 29 April 2011. It was placed in front of the main altar for public veneration during the ceremony. After the ceremony, the casket was reinterred in the Chapel of St Sebastian. A vial containing the Pope's blood, taken during the final days of his life, was displayed as a relic for veneration. The reliquary in which the vial was kept during the ceremony was carried by Sister Marie, and Sister Tobiann (who nursed the Pope during his illness).

A total of 87 international delegations attended the ceremony, including 22 world leaders. Amid controversy, President Robert Mugabe of Zimbabwe also attended the ceremony despite a European Union-wide travel ban imposed on him. He was able to travel freely into the Vatican via Rome due to a treaty that allows individuals wanting to travel to the Vatican to pass through Italy. His travel ban was waived by the EU.

One million Catholics gathered for the mass at Saint Peter's Square, where a giant portrait of the former Pope was set up. The Prefecture of the Papal Household, Bishop James Michael Harvey, has issued a draft program for the Beatification of John Paul II, describing it as "a great ecclesial event," the office in charge of organising audiences and handles ticketing for all papal events at the Vatican, issued a statement that began “tickets are not needed to attend the beatification ceremony”.

The city of Rome plastered 30,000 posters around the city. A no-fly zone was enforced over Saint Peter's Square.

On 2 May 2011, following a two day viewing by hundreds of thousands of pilgrims, John Paul II's coffin was sealed within St Peters under the Altar of St. Sebastian.