A nice cover from Malaysia through Cover Collectors Circuit Club sent by Thum Kok Tin as well as a nice First Day Cover.

The FDC is dedicated to "The first Malaysian Submarine"  and issued on September 3, 2009 with three stamps

Thanks a lot Thum Kok Tin 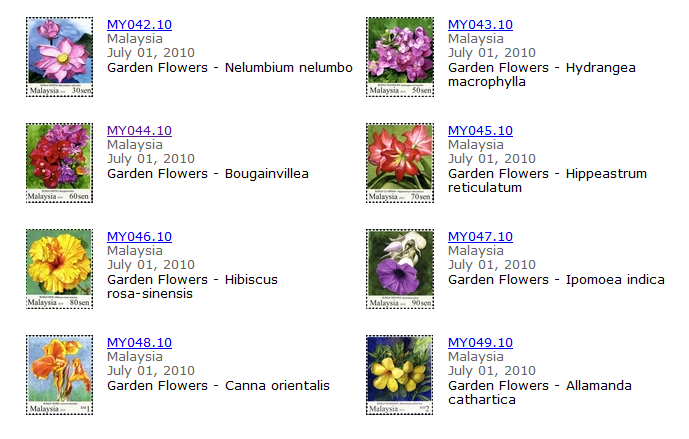 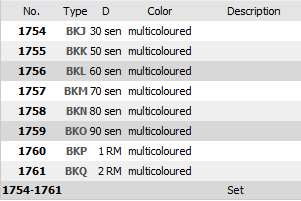 Bougainvillea (/ˌbuːɡɨnˈvɪliə/ or /ˌboʊɡɨnˈvɪliə/) is a genus of thorny ornamental vines, bushes, and trees with flower-like spring leaves near its flowers. Different authors accept between four and 18 species in the genus. The vine species grow anywhere from 1 to 12 m (3 to 40 ft.) tall, scrambling over other plants with their spiky thorns.

The first European to describe these plants was Philibert Commerçon, a botanist accompanying French Navy admiral and explorer Louis Antoine de Bougainville during his voyage of circumnavigation, and first published for him by Antoine Laurent de Jussieu in 1789. It is possible that the first European to observe these plants was Jeanne Baré, Commerçon's lover and assistant who was an expert in botany; because she was not allowed on ship as a woman, she disguised herself as a man in order to make the journey (and thus became the first woman to circumnavigate the globe).

Twenty years after Commerçon's discovery, it was first published as 'Buginvillæa' in Genera Plantarum by A.L. de Jussieu in 1789. The genus was subsequently spelled in several ways until it was finally corrected to 'Bougainvillea' in the Index Kewensis in the 1930s.

Hibiscus rosa-sinensis is a bushy, evergreen shrub or small tree growing 2.5–5 m (8–16 ft) tall and 1.5–3 m (5–10 ft) wide, with glossy leaves and solitary, brilliant red flowers in summer and autumn. The 5-petaled flowers are 10 cm (4 in) in diameter, with prominent orange-tipped red anthers

Hibiscus rosa-sinensis was named by Carolus Linnaeus. The Latin term rosa-sinensis literally means "rose of China", though it is not closely related to the true roses..

The word bunga in Malay means "flower", while raya in Malay means "celebratory" or "grand". The Hibiscus rosa-sinensis is literally known as the "celebratory flower" in Malay. The red of the petals symbolizes the courage, life, and rapid growth of the Malaysian, and the five petals represent the five Rukun Negara of Malaysia. The flower can be found imprinted on the notes and coins of the Malaysian ringgit. 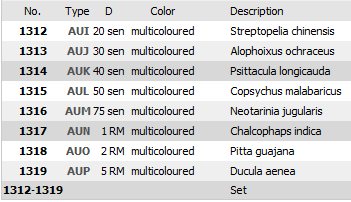 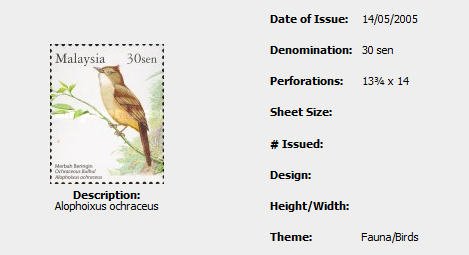 The ochraceous bulbul (Alophoixus ochraceus) is a species of songbird in the Pycnonotidae family. It is found in Brunei, Cambodia, Indonesia, Malaysia, Burma, Thailand, and Vietnam. It is usually found in the mid-storey of broadleaved evergreen and rainforests up to 1500 m amsl. 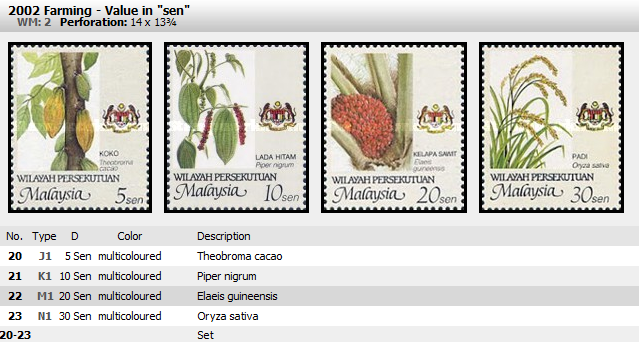 Black pepper (Piper nigrum) is a flowering vine in the family Piperaceae, cultivated for its fruit, which is usually dried and used as a spice and seasoning. The fruit, known as a peppercorn when dried, is approximately 5 millimetres (0.20 in) in diameter, dark red when fully mature, and, like all drupes, contains a single seed. Peppercorns, and the ground pepper derived from them, may be described simply as pepper, or more precisely as black pepper (cooked and dried unripe fruit), green pepper (dried unripe fruit) and white pepper (ripe fruit seeds).

Black pepper is native to south India, and is extensively cultivated there and elsewhere in tropical regions. Currently Vietnam is the world's largest producer and exporter of pepper, producing 34% of the world's Piper nigrum crop as of 2008.

Dried ground pepper has been used since antiquity for both its flavour and as a traditional medicine. Black pepper is the world's most traded spice. It is one of the most common spices added to European cuisine and its descendants. The spiciness of black pepper is due to the chemical piperine, not to be confused with the capsaicin that gives fleshy peppers theirs. It is ubiquitous in the modern world as a seasoning, and is often paired with salt. 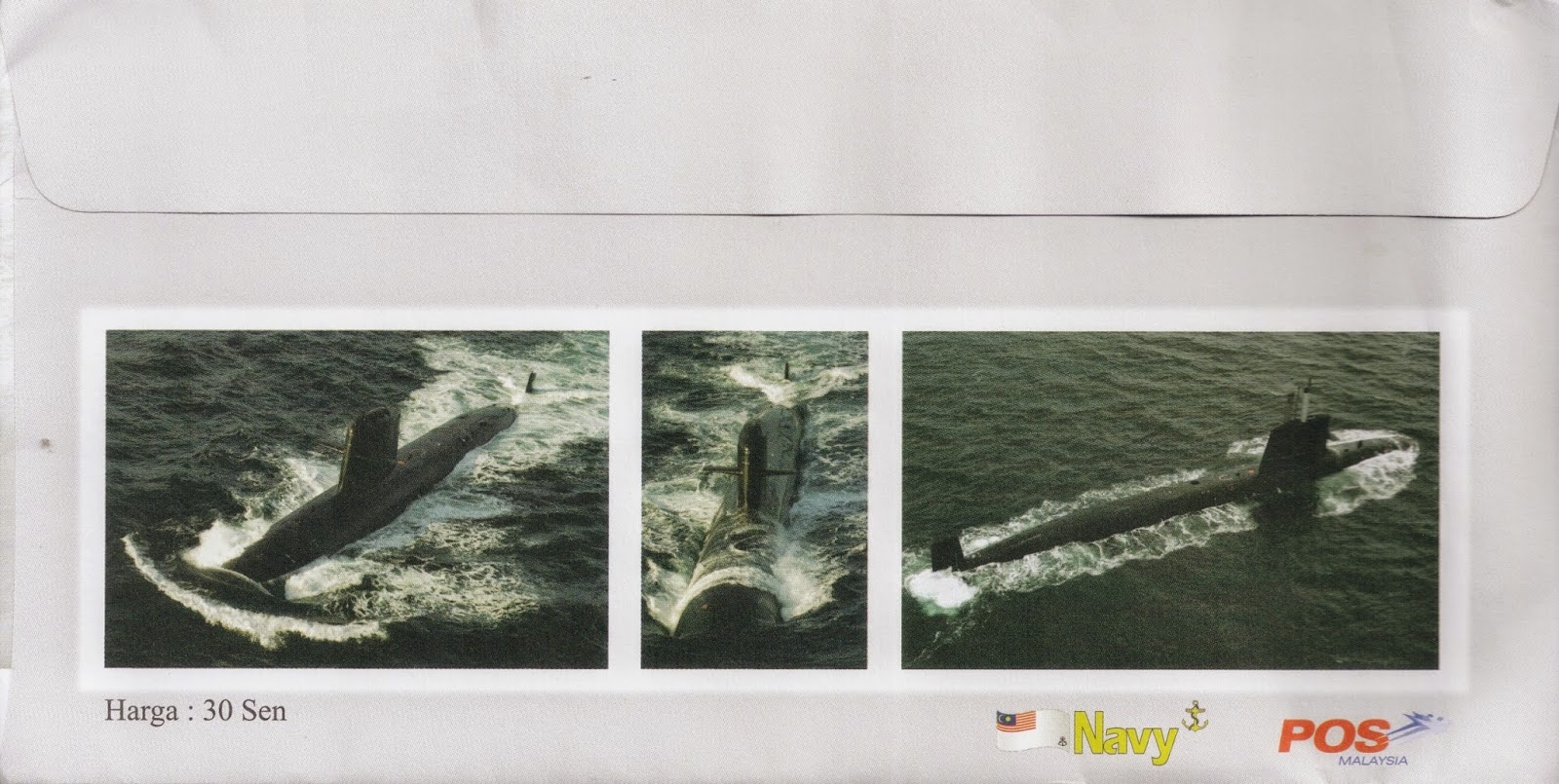 With a coastline of 4,700 km, an exclusive economic zone covering an area of 598,540 km, and a geostrategic location overseeing the sea lines connecting the Indian and Pacific Oceans, Malaysia has extensive political and economic maritime interests. Owing to its critical geostrategic position bordering the northern reaches of the Malacca Straits, security analysts consider Kuala Lumpur as "the most important player in the multi-national effort to keep the waters of the Straits of Malacca open for safe-passage."

Additionally, with claims over neighboring islands and perennial piracy problems, the Royal Malaysian Navy (RMN) has an overarching imperative to develop a "flexible and balanced naval force to provide Malaysia with the widest range of power projection options," an objective that led to the development of a small submarine force. 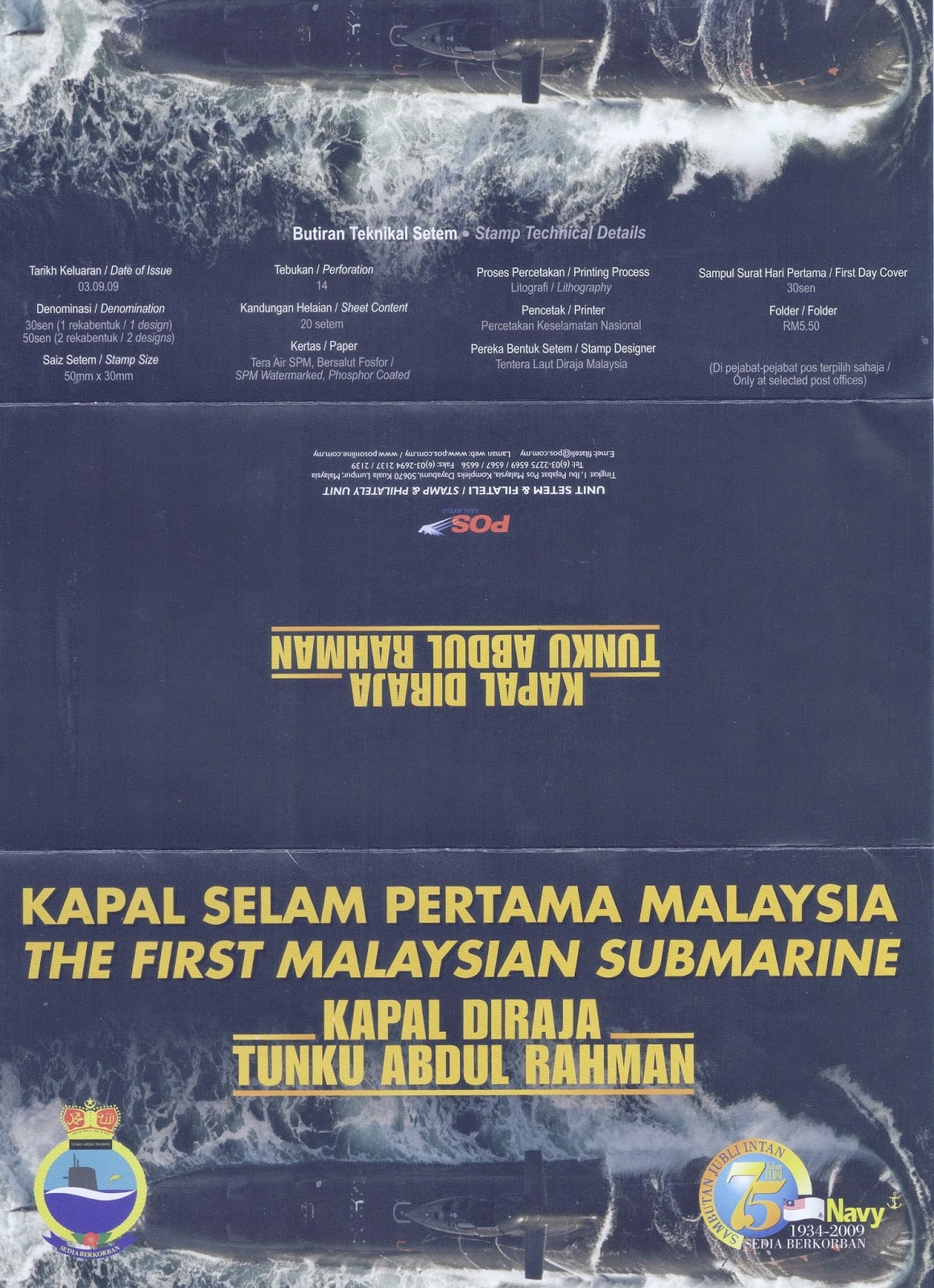 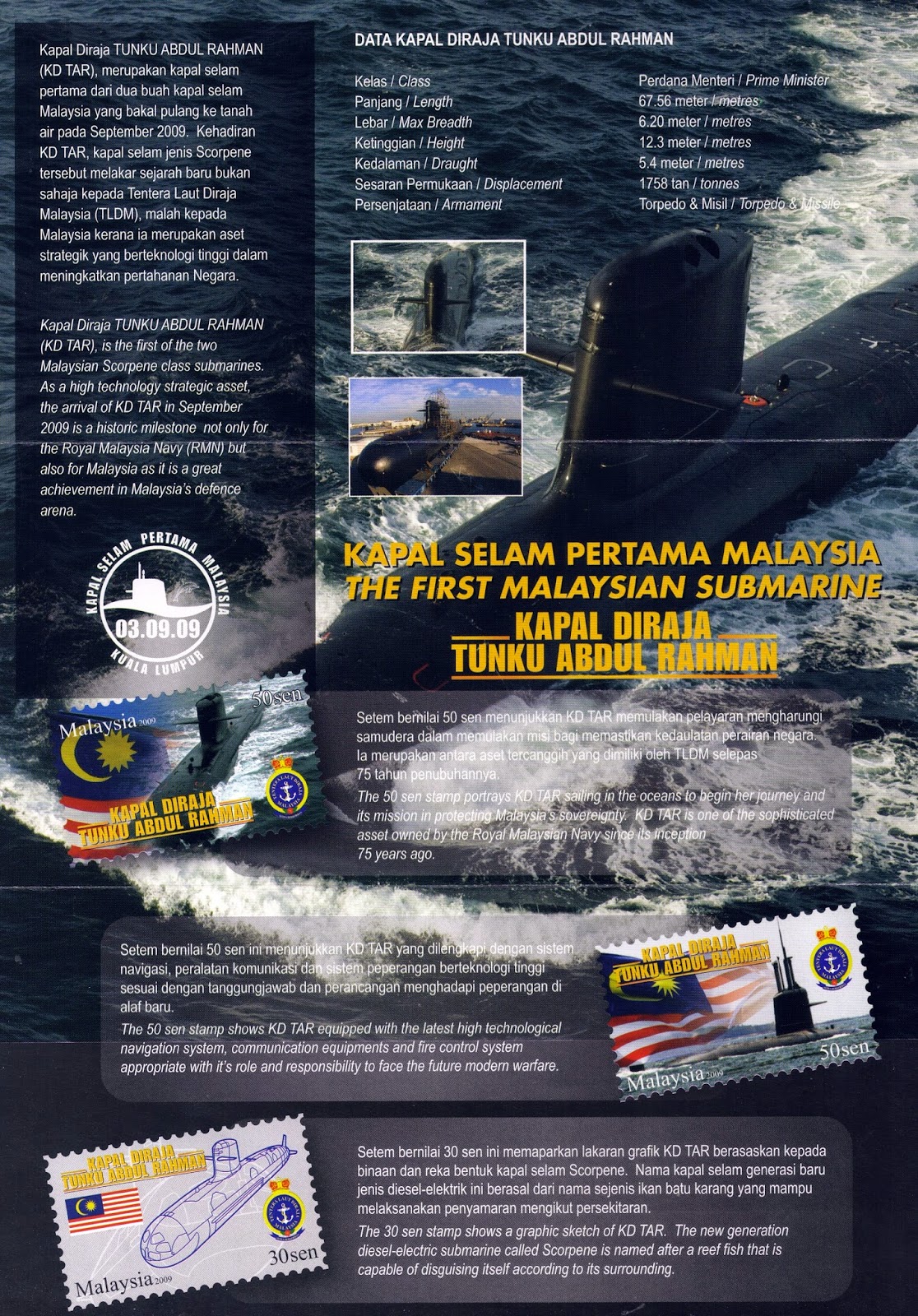 THE STAMPS OF THE COVER 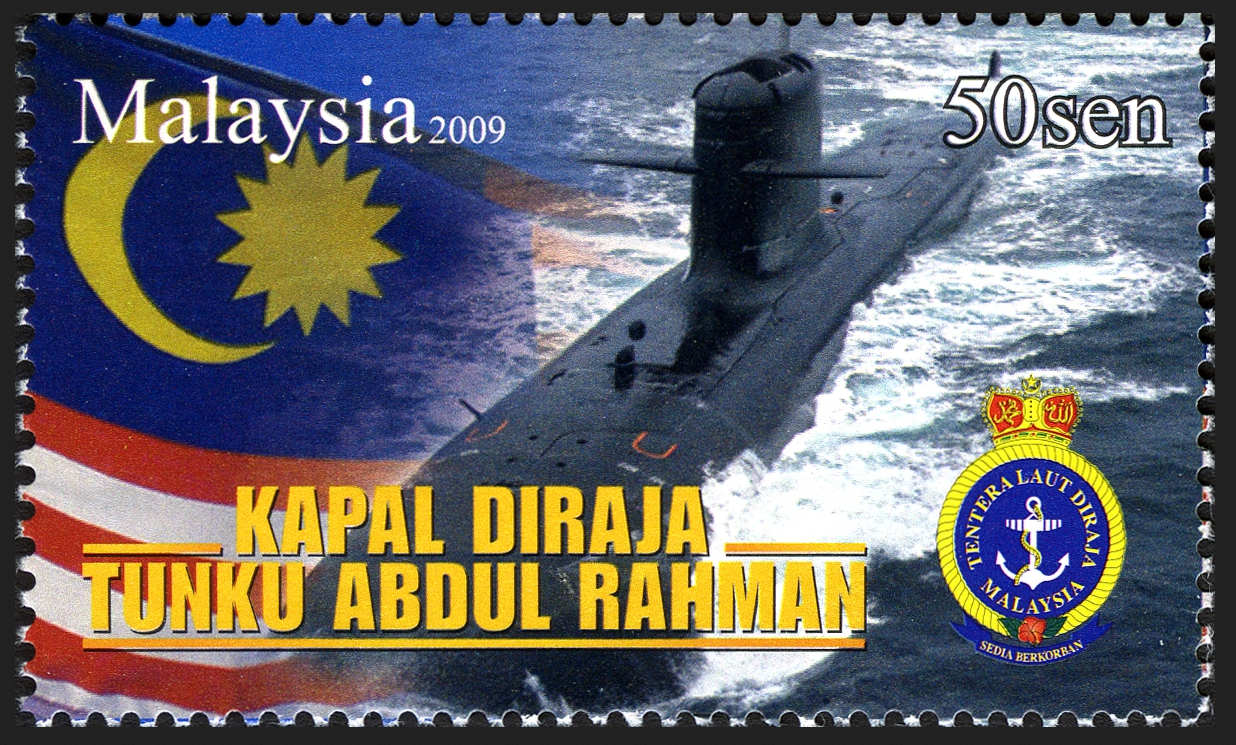 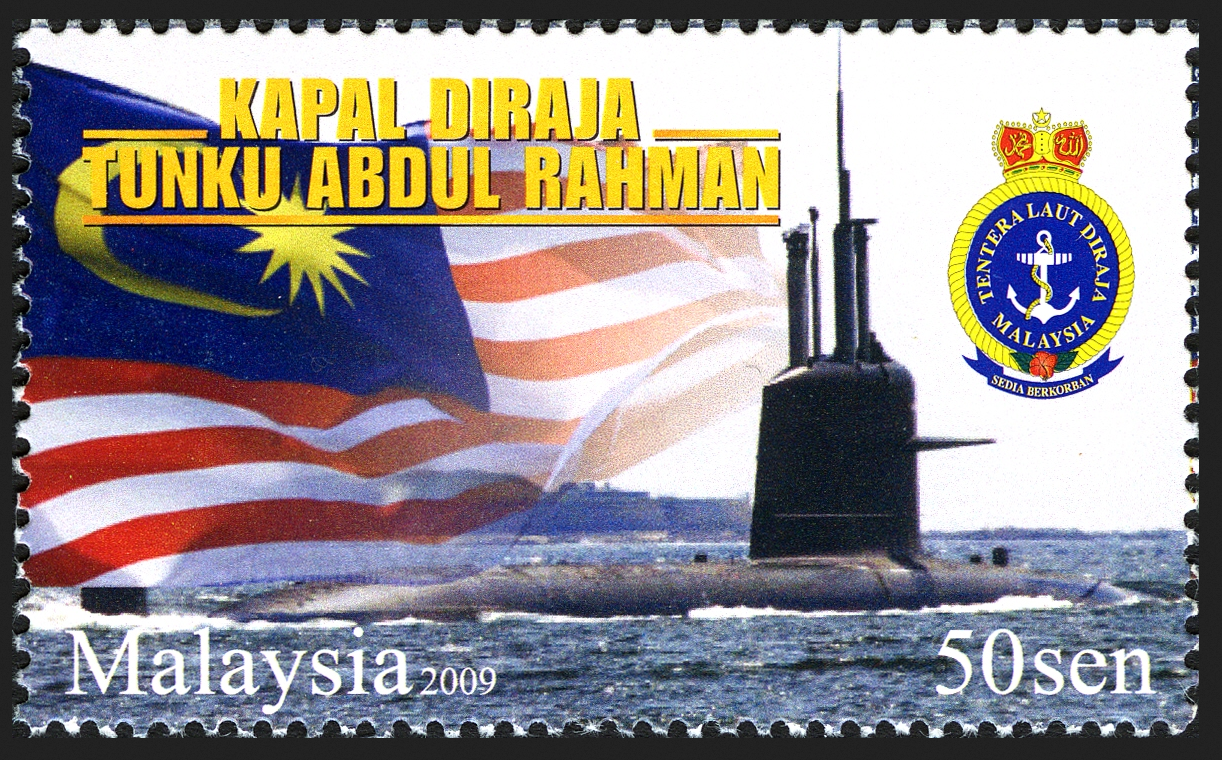 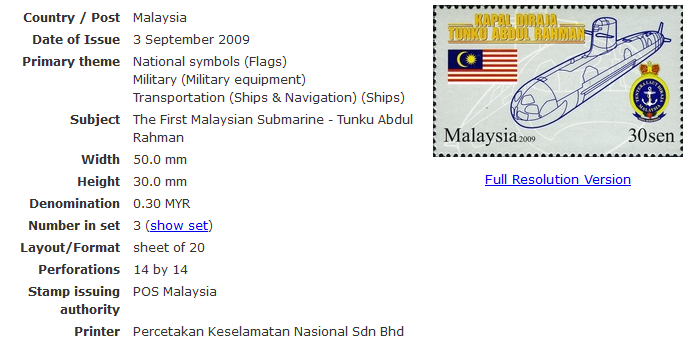 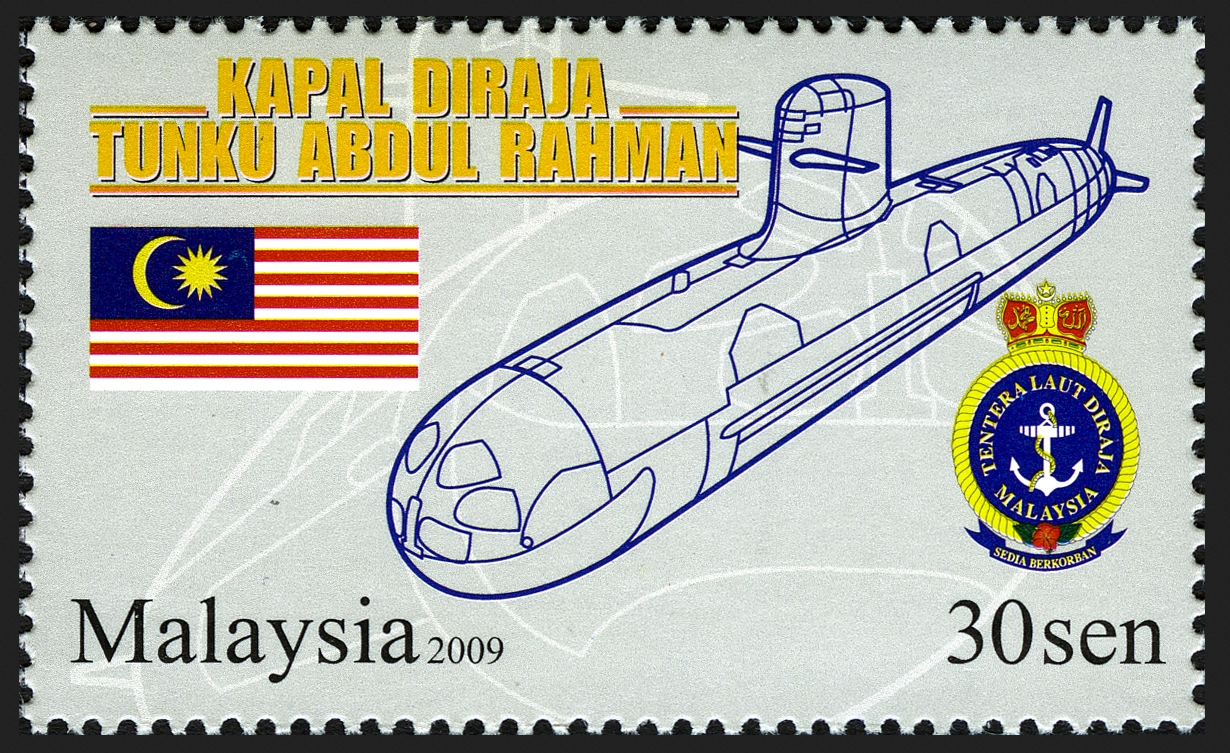