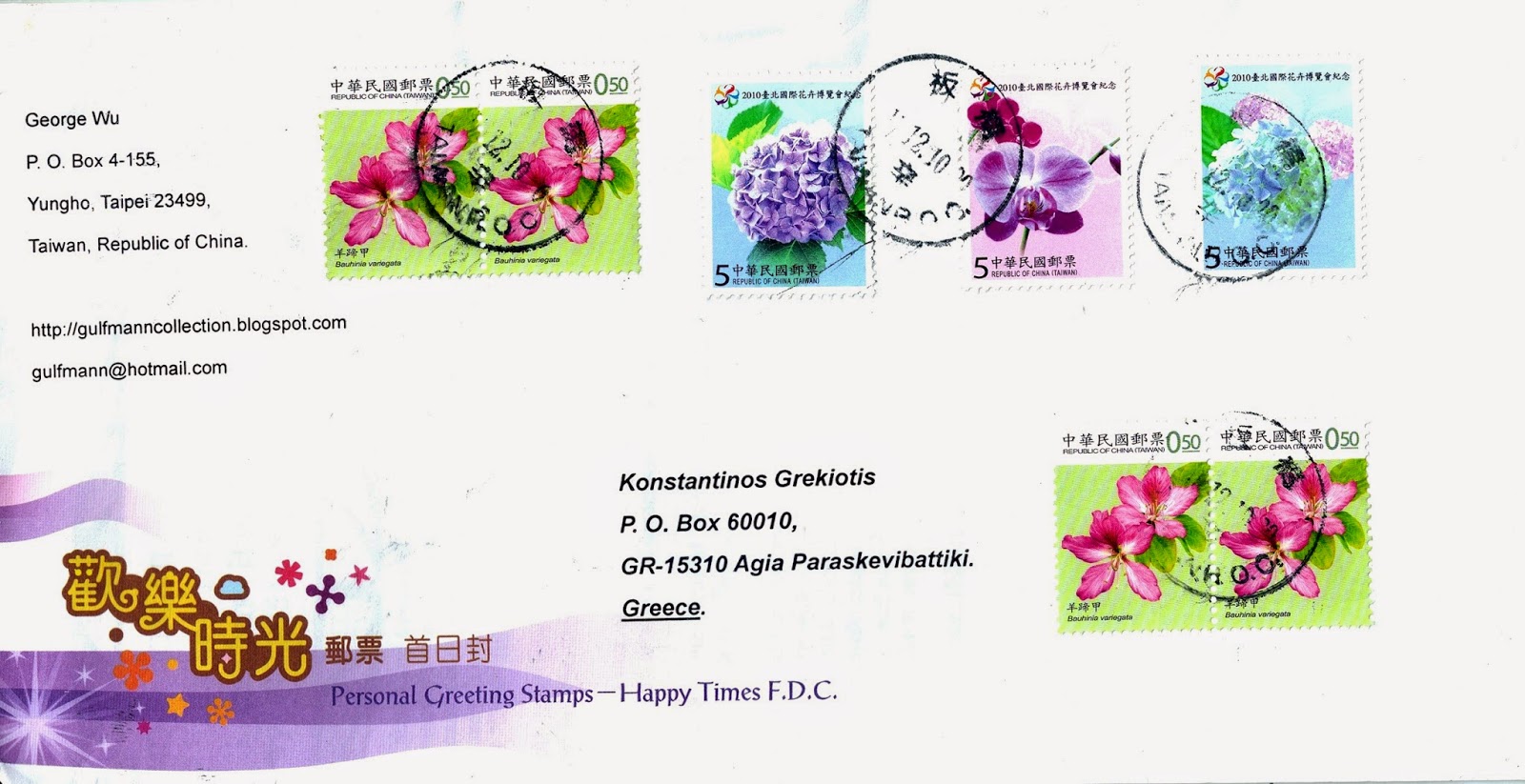 A nice cover from Taiwan Republic of China through Cover Collectors Circuit Club. It has on it one stamps (two pairs)  from the Flowers Postage Stamp (IV), which is a 4 stamps set,  and 3 stamps from one souvenir sheet  from the Taipei International Flora Expo Commemorative Issue (2 sheet).
Thanks to George Wu 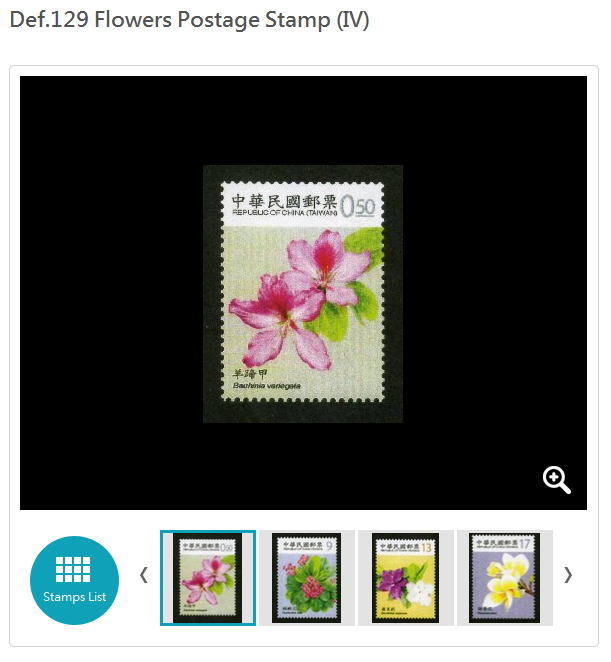 
Chunghwa Post previously issued three sets of definitive stamps on flowers on March 12 and October 14, 2009 and January 20, 2010, respectively. Now it is following up with a fourth set, featuring Bauhinia variegata, Euphorbia milii, Brunfelsia hopeana, and Plumeria rubra. The designs follow: 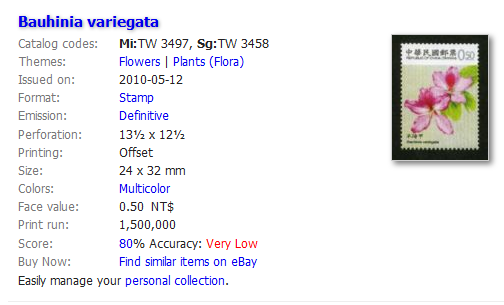 This deciduous tree of the pea family (Fabaceae) is commonly known as the orchid tree, butterfly tree, or camel’s foot. Its leaves are either round or shaped like a wide heart with a cleft on both base and apex, so that they resemble the hoof of a goat. Its inflorescences, which are axillary, each have five pale pink petals, one with red purple veins. This sun-loving tree is a great ornamental and street tree.
2.        Euphorbia milii (NT$9.00)
This evergreen shrub of the spurge family (Euphorbiaceae) is commonly known as crown of thorns. Its thick and erect stems are densely covered with thorns. Its leaves are long and ovate-shaped. What are commonly described as the plant’s flowers are actually brick-red bracts. The actual flowers are located inside the bracts and are either orange or yellow in color. Every part of the plant is poisonous. It prefers warm weather and is suitable to plant in containers or a hedge.
3.        Brunfelsia hopeana (NT$13.00)
This evergreen shrub of the nightshade family (Solanaceae) is commonly known as manaca. Its leaves are elliptical to obovate. The blooms are blue at first and fade to white gradually, giving the plant two colors of flowers at the same time. The flowers send out a faint fragrance at night. The plant’s roots, bark, stems and leaves are poisonous. It prefers warm weather and is suitable for ornamental planting in gardens, large containers, or as a hedge.
4.        Plumeria rubra (NT$17.00)
This small deciduous tree of the dogbane family (Apocynaceae) is commonly known as frangipani. The plant has thick branches and possesses a toxic milky sap. Its leaves are broad lanceolate to long elliptical. Its fragrant flowers, creamy white with a yellow center, have five oval-shaped petals, which have a propeller-like arrangement. This sun lover has a long flowering season, making it a great garden specimen. 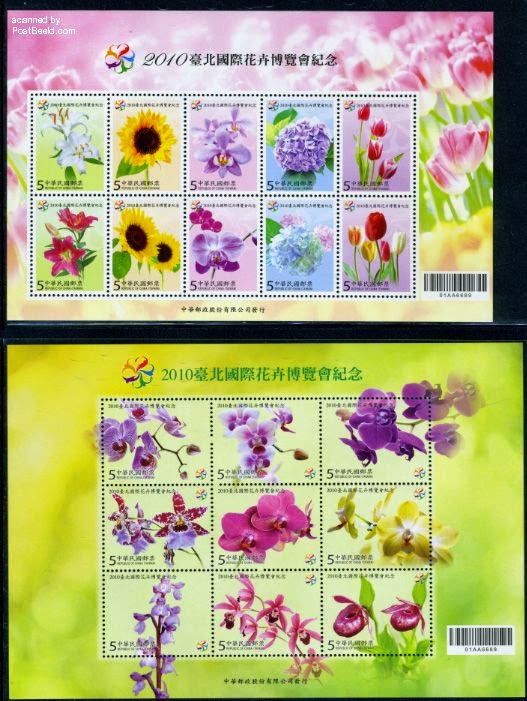 The 2010 Taipei International Flora Expo is the first international horticultural exposition ever held in Taiwan recognized by the International Association of Horticultural Producers. To mark this grand occasion, Chunghwa Post has released two souvenir sheets.

The expo’s logo is an orchid blossom made up of five human figures. Each of the five figures represents a separate continent and has a different color—red, orange, blue, green or purple. Inspired by the seasons of nature, the mascots of the expo are fairies representing five flowers: the lily, the sun flower, the moth orchid, the hydrangea, and the tulip. One of the souvenir sheets comprises nine NT$5 stamps, each depicting a species of orchid, for a total value of NT$45. The other souvenir sheet comprises ten NT$5 stamps, for a total value of NT$50. Each of the mascots is represented by two stamps. The logo of the expo can be found in each stamp and in marginal inscriptions of both sheets.