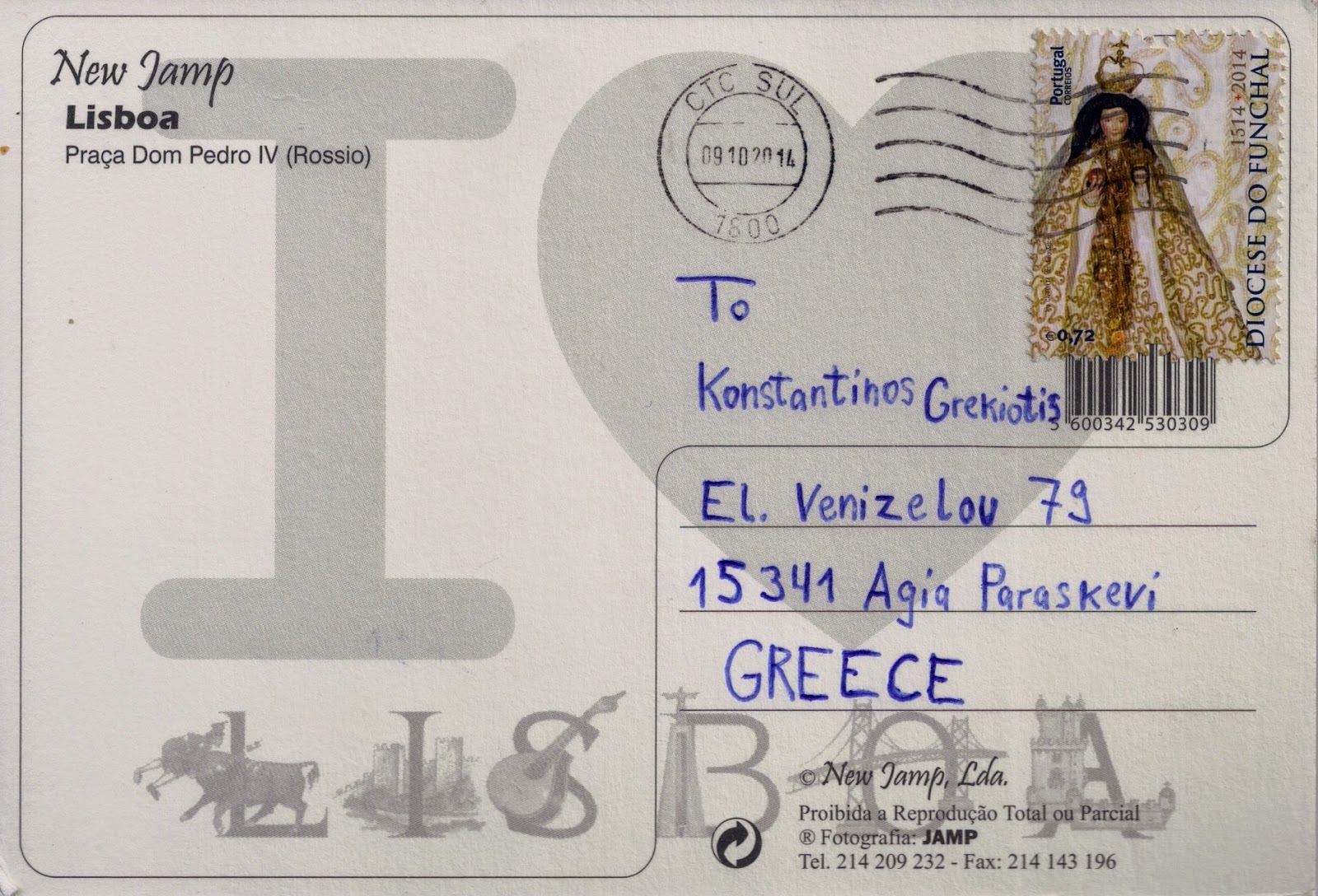 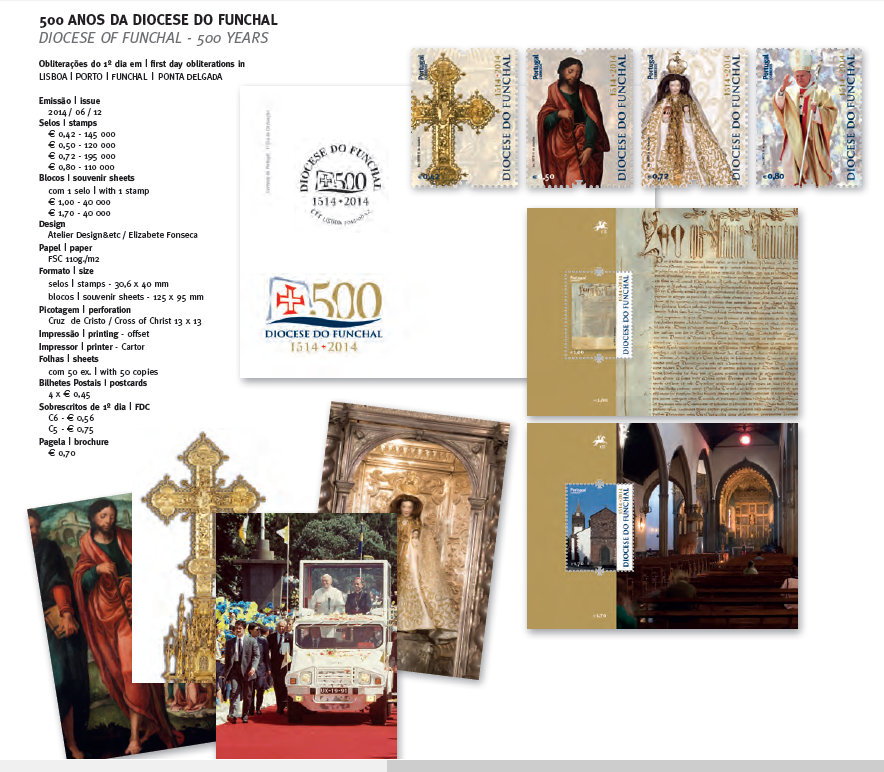 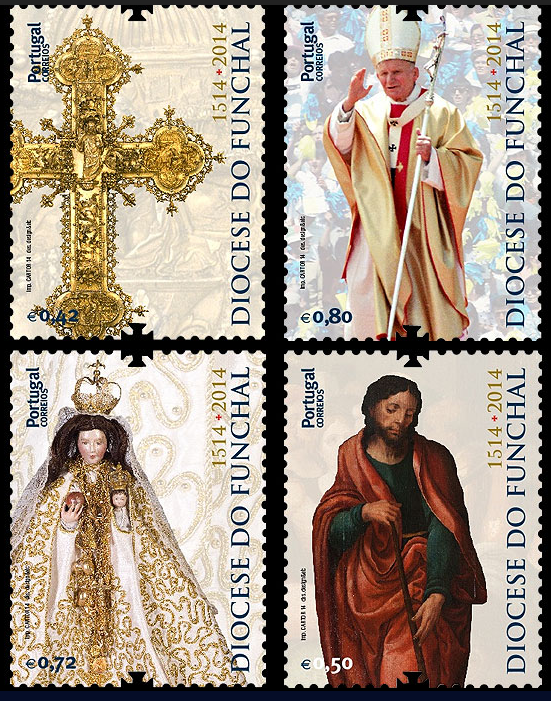 Diocese of Funchal – 500 years
1514 - 2014
The most extensive bishopric known to exist is the Diocese of Funchal, if we consider its origins […]. When it was granted diocesan status, in 1514, under the jurisdiction of the vicar of Tomar, the territory included all lands discovered or conquered so far, which had been donated to the Military Order of Christ by Prince Henrique and King Duarte, urged by the former», so wrote Madeira-born Henrique Henriques de Noronha in 1722, in his Secular and Ecclesiastical Memoirs for the Recording of the History of the Diocese of Funchal on the Madeira Island, Formerly Primate of All Conquests, Distributed According to a System Devised by the Royal Academy of Portuguese History.
Having maintained his authority over the entire Order of Christ, in Tomar and Santarém, as well as in Africa, Ceuta, Tetouan, Valdânger and Alcácer, Bishop Diogo Pinheiro saw it extended to include his new Diocese of Funchal; according to the 17th-century historian, the territory encompassed the Madeira, Porto Santo and Desertas Islands, the Archipelagos of Azores, Cape Verde and São Tomé, Congo, Angola, Brazil, the entire African coast, Guinea, including the Arguim and São Jorge da Mina Castle and India, whose territory extended as far as China.
The Diocese achieved its greatest expansion between its creation (Leo X – «Pro excellenti preeminentia»; 12/06/1514) and its elevation to Archdiocese (Clement VII – Consistory Letter of 31 January 1533). Martinho of Portugal was «Archbishop of Funchal, Primate of the Indies and all new lands, charted and uncharted» from 1533 to 1539 (F. A. Silva; C. A. Meneses – Elucidário Madeirense) or 1537 (E. C. N. Pereira – Ilhas de Zargo). These authors also disagree on the dioceses overseen by the Diocese of Funchal. According to the former, suffragan dioceses included Angra, Cape Verde, São Tomé (whose territory extended to Congo and Angola) and Goa (comprising India, China and Japan), whereas only São Tomé and Goa were considered by the latter.
Loss of favour with King João III led to the extinction of the position of Archbishop (1547) and of the Archdiocese (Julius III – Super universis, 1551). The establishment of the first diocese outside Continental Europe led to the creation of others, from theDiocese of Brazil (in 1551, at the request of illustrious Madeiraborn Jesuit Manuel de Nóbrega) to the Diocese of Arguim, where the sole Portuguese temple in Africa still stood in 1638 and which still kept its diocesan status in 1911, «which remained as of yore», as foreseen by Noronha. Deeply rooted in Franciscan teachings, the Church of Funchal brought about «the spiritual awakening of the archipelago» (Silva; Meneses… vol. III, page 15 and following).
People prepare for Christmas by rising early and attending Birthgiving Masses. Brotherhoods devote themselves to the Holy Communion and feasts in honour of this sacrament are held in every parish after the Feast of Corpus Christi.This devotion earned the archipelago the title of Islands of the Blessed Sacrament. The Church of these Missionary Islands pays homage to the Holy Spirit during Pentecost by having the Divine Holy Spirit visit the local families, bearing Its charitable cup. 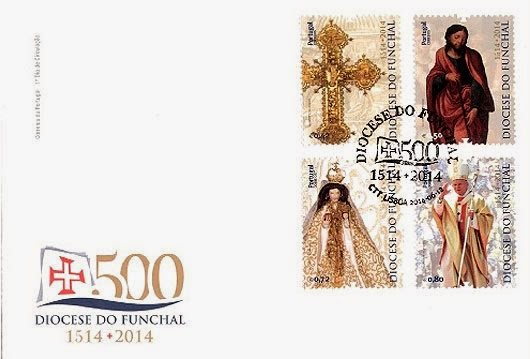 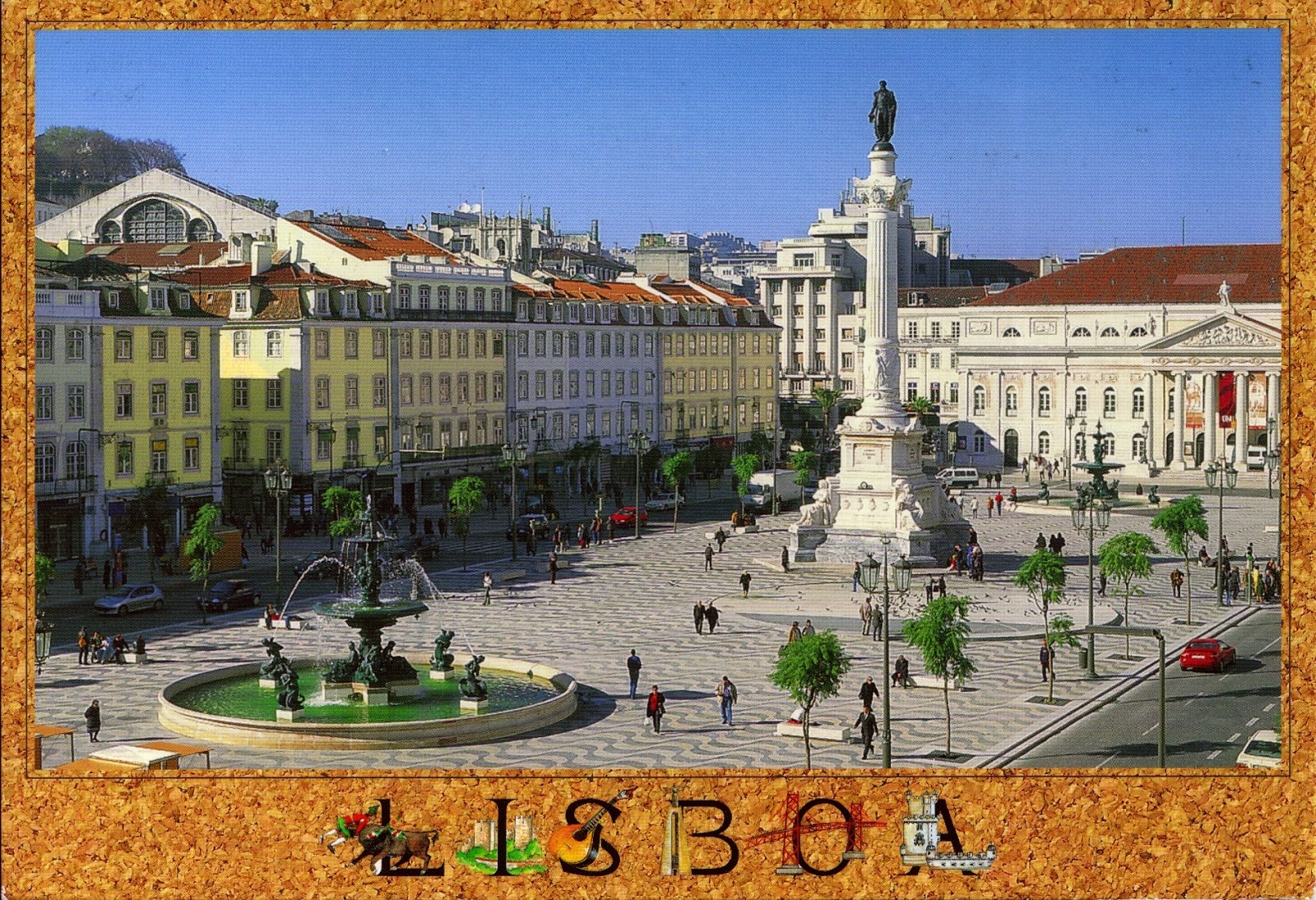 Rossio Square is the popular name of the Pedro IV Square (Portuguese: Praça de D. Pedro IV) in the city of Lisbon, in Portugal. It is located in the Pombaline Downtown of Lisbon and has been one of its main squares since the Middle Ages. It has been the setting of popular revolts and celebrations, bullfights and executions, and is now a preferred meeting place of Lisbon natives and tourists alike.
The current name of the Rossio pays homage to Pedro IV, King of Portugal. The Column of Pedro IV is in the middle of the square.

Most buildings around the Rossio date from the reconstruction of the Pombaline Downtown carried out after the great 1755 Lisbon Earthquake, which levelled most structures in the area, including the magnificent All-Saints Hospital. Only the Palace of the Independence survived the catastrophic earthquake. The rebuilding of the Rossio was undertaken in the second half of the 18th century by architects Eugenio dos Santos and Carlos Mardel, responsible for the typical Pombaline appearance of the buildings around the square.

Thanks a lot to the anonymous contributor from Portugal
Posted by kgrek at 6:43 PM