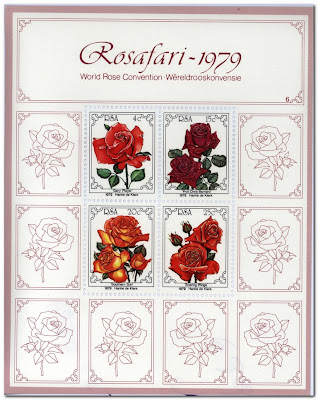 The top left stamp is dedicated to GARY PLAYER
Gary Player (born 1 November 1935) is a South African professional golfer generally regarded as one of the greatest players in the game's history.

Player was born in Johannesburg, South Africa. He has logged more than 14 million miles in travel, probably 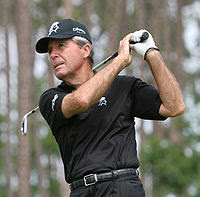 more than any other athlete. Dubbed the Black Knight , Mr. Fitness, and the International Ambassador of Golf, Player is a renowned golf course architect with more than 300 design projects throughout the world .

The Gary Player Stud Farm has received worldwide acclaim for breeding top thoroughbred race horses, including 1994 English Derby entry Broadway Flyer. He operates The Player Foundation with its primary objective to promote education around the world.

In 1983, The Player Foundation established the Blair Atholl Schools in Johannesburg, South Africa, which has educational facilities for more than 500 students from kindergarten through 8th grade. In 2008 it celebrated its 25th Anniversary with charity golf events in London, Miami, Shanghai and Cape Town, bringing its total of funds raised to over US $30 million.

The top right stamp is dedicated to

Barnard grew up in Beaufort West, South Africa. His father, Adam Barnard, was a minister in the Dutch Reformed Church. One of his four brothers, Abraham, died of a heart problem at the age of five. Barnard matriculated from the Beaufort West High School in 1940, and went to study medicine at the University of Cape Town Medical School, where he obtained his MB ChB in 1946.

Barnard did his i 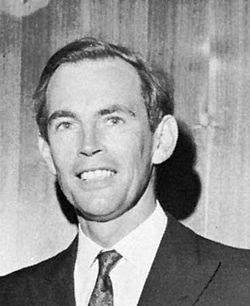 nternship and residency at the Groote Schuur Hospital in Cape Town, after which he worked as a general practitioner in Ceres, a rural town in the Western Cape province. In 1951, he returned to Cape Town where he worked at the City Hospital as a Senior Resident Medical Officer, and in the Department of Medicine at the Groote Schuur Hospital as a registrar. During this time he completed his Masters degree, receiving Master of Medicine in 1953 from the University of Cape Town. In the same year he obtained a doctorate in medicine (MD) from the same university for a dissertation entitled "The treatment of tuberculous meningitis".

In 1956, he received a two-year scholarship for postgraduate training in cardiothoracic surgery at the University of Minnesota, Minneapolis, United States. It was during this time that Barnard first became acquainted with Norman Shumway, who did much of the pioneering research leading to the first human heart transplant. In 1958 he received a Master of Science in Surgery for a thesis entitled, "The aortic valve - problems in the fabrication and testing of a prosthetic valve". The same year he was awarded Doctor of Philosophy degree for his dissertation entitled "The aetiology of congenital intestinal atresia". Barnard described the two years he spent in the USA as "the most fascinating time in my life."

Following the first successful kidney transplant in 1953, in the United States, Barnard performed the first kidney transplant in South Africa in October 1967. Barnard experimented for several years with animal heart transplants. More than 50 dogs received transplanted hearts. With the availability of new breakthroughs introduced by several pioneers, amongst them Norman Shumway, several surgical teams were in a position to prepare for a human heart transplant. Barnard had a patient willing to undergo the procedure, but as with other surgeons, he needed a suitable donor.

He performed the world's first human heart transplant operation on 3 December 1967, in an operation assisted by his brother, Marius Barnard; the operation lasted nine hours and used a team of thirty people. The patient, Louis Washkansky, was a 54-year-old grocer, suffering from diabetes and incurable heart disease. Barnard later wrote, "For a dying man it is not a difficult decision because he knows he is at the end. If a lion chases you to the bank of a river filled with crocodiles, you will leap into the water, convinced you have a chance to swim to the other side." The donor heart came from a young woman, Denise Darvall, who had been killed in a December 2, 1967, road accident while crossing a street in Cape Town. After securing permission from Darvall's father to use her heart, Barnard performed the transplant. Twenty years later, Dr. Marius Barnard recounted, "Chris stood there for a few moments, watching, then stood back and said, 'It works.'"Washkansky survived the operation and lived for eighteen (18) days. However, he succumbed to pneumonia induced by the Immunosuppressive drugs he was taking. Though the first patient with the heart of another human being survived for only a little more than two weeks, Barnard had passed a milestone in a new field of life-extending surgery.

Barnard became an international superstar overnight and was celebrated around the world for his daring accomplishment. He was quite photogenic, and enjoyed the media attention following the operation. Barnard continued to perform heart transplants. A transplant operation was conducted on 2 January 1968, and the patient, Philip Blaiberg, survived for 19 months. Dorothy Fisher was given a new heart in 1969 and became the first black recipient. She lived for 12 years 6 months after the transplant. Dirk van Zyl, who received a new heart in 1971, was the longest-lived recipient, surviving over 23 years.

When many surgeons — disillusioned by poor results — gave up cardiac transplantation, Barnard persisted until the advent of cyclosporin, which helped revive the operation throughout the world. He was also the first surgeon to attempt xenograft transplantation in a human patient, while attempting to save the life of a young girl unable to leave artificial life support after a second aortic valve replacement. He was later accused of wrongdoing by her parents.

Hantie's maiden name was de Klerk, the signature on the artwork reflects this name.

Hantie Van Vuuren was born in 1955 in the Orange Free State Province of South Africa. As a child, she developed an interest in animals and plant life and dreamed of becoming an artist to portray "the beauty of nature I see."

After receiving an art degree from Pretoria University, Van Vuuren began a career in commercial design. She soon began working in the philatelic section of the Department of Posts and Telecommunications, creating designs for publicity material. She later designed a beautiful series of postage stamps -- with rose motifs -- issued in 1979 to commemorate the Fourth World Rose Convention held in South Africa.