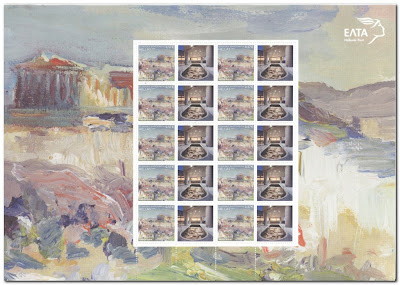 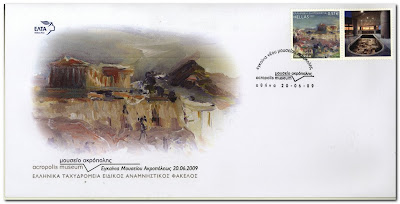 The overall budget for the Museum’s construction was 130 million euro,

including the cost of expropriations.

The construction of the museum started on November 2004.

The museum provides 14.000 square meters of exhibition space. This is in

contrast with the old museum on the Rock, which had 1.450 square meters of exhibition space. 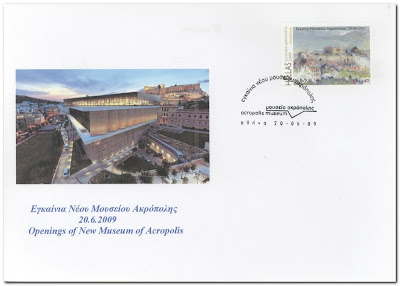 The monuments of the Acropolis have withstood the ravages of past centuries, both of ancient times and those of the Middle Ages. Until the 17th century, foreign travellers visiting the monuments depicted the classical buildings as being intact. This remained the case until the middle of the same century, when the Propylaia was blown up while being used as a gunpowder store. Thirty years later, the Ottoman occupiers dismantled the neighbouring Temple of Athena Nike to use its materials to strengthen the fortification of the Acropolis. The most fatal year, however, for the Acropolis, was 1687, when many of the building’s architectural members were blown into the air and fell in heaps around the Hill of the Acropolis, caused by a bomb from the Venetian forces. Foreign visitors to the Acropolis would search through the rubble and take fragments of the fallen sculptures as their souvenirs. It was in the 19th century that Lord Elgin removed intact architectural sculptures from the frieze, the metopes and the pediments of the building.

In 1833, the Turkish garrison withdrew from the Acropolis. Immediately after the founding of the Greek State, discussions about the construction of an Acropolis Museum on the Hill of the Acropolis began. In 1863, it was decided that the Museum be constructed on a site to the southeast of the Parthenon and foundations were laid on 30 December 1865.

The building program for the Museum had provided that its height not surpasses the height of the stylobate of the Parthenon. With only 800 square meters of floor space, the building was rapidly shown to be inadequate to accommodate the findings from the large excavations on the Acropolis that began in 1886. A second museum was announced in 1888, the so-called Little Museum. Final changes occurred in 1946-1947 with the second Museum being demolished and the original being sizably extended.

By the 1970s, the Museum could not cope satisfactorily with the large numbers of visitors passing through its doors. The inadequacy of the space frequently caused problems and downgraded the sense that the exhibition of the masterpieces from the Rock sought to achieve.

The Acropolis Museum was firstly conceived by Constantinos Karamanlis in September 1976. He also selected the site, upon which the Museum was finally built, decades later. With his penetrating vision, C. Karamanlis defined the need and established the means for a new Museum equipped with all technical facilities for the conservation of the invaluable Greek artifacts, where eventually the Parthenon sculptures will be reunited.

For these reasons, architectural competitions were conducted in 1976 and 1979, but without success. In 1989, Melina Mercouri, who as Minister of Culture inextricably identified her policies with the claim for the return of the Parthenon Marbles from the British Museum, initiated an international architectural competition. The results of this competition were annulled following the discovery of a large urban settlement on the Makriyianni site dating from Archaic to Early Christian Athens. This discovery now needed to be integrated into the New Museum that was to be built on this site.

In the year 2000, the Organization for the Construction of the New Acropolis Museum announced an invitation to a new tender, which was realized in accord with the Directives of the European Union. It is this Tender that has come to fruition with the awarding of the design tender to Bernard Tschumi with Michael Photiadis and their associates and the completion of construction in 2007.

Today, the new Acropolis Museum has a total area of 25,000 square meters, with exhibition space of over 14,000 square meters, ten times more than that of the old museum on the Hill of the Acropolis. The new Museum offers all the amenities expected in an international museum of the 21st century.

Melina Mercouri about the Parthenon Marbles 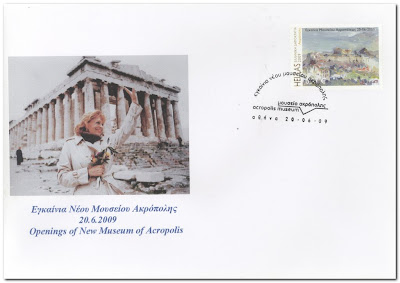 Melina Mercouri in her tireless campaign for the return of the Part henon marbles to their home in Athens addressed the British Authorities: “You must understand what the Parthenon Marbles mean to us. They are our pride. They are our sacrifices. They are the supreme symbol of nobility. They are a tribute to democratic philosophy. They are our aspiration and our name. They are the essence of Greekness”.

This is the meaning of the Greek treasures that were violently torn from the temple’s frieze by workers of Lord Elgin in 1802 when Greece was under Turkish occupation. The story of how these marbles were finally placed in the British Museum is long and painful. Even a short report suffices to show how they got there.

Lord Elgin was the first British ambassador to the Ottoman Empire. He

was very warmly received there. Turkey had declared war on Napoleon’s France and Great Britain was therefore a useful ally. Elgin’s influence at the Sublime Porte was unquestionable. He also endeared himself to Turkish authorities in Athens by often presenting them with precious gifts.

At that time Lord Elgin was planning the decoration of his stately home in Scotland. He was informed that there was nothing more beautiful than the sculptures of the Greek Parthenon. He engaged a team to make copies and moulds of these sculptures to decorate his residence. But once in Constantinople his appetite became voracious. Why only copies and molds? Why not the original sculptures? How could one obtain them?

There was no concern about how the Greeks who were under Turkish domination would feel about the plundering of these precious creations. Elgin through his considerable influence and promises of solid proofs of friendship was able to obtain a limited and conditional permit from the Turkish vizier. Here is what the firman stated: “That the artists meet no opposition in walking, viewing, contemplating the pictures and buildings they may wish to copy; or in modelling with chalk of gypsum the said ornaments and visible figures; or in excavating, when necessary, in search of inscriptions among the rubbish; or to remove, as they wish, certain pieces of stone with old inscriptions or figures there on, that no oppos

ition be made to them..”

The imperative question is, can this document, by any measure of veracity be interpreted as permission to use giant saws and other tools to tear from the temple (indeed causing terrible damage to the edifice) half of the sculptures from the temple frieze? Greeks say no. Archaeologists and historians some of them British, say no. UNESCO says no, Members of the European Parliament say no. Surprisingly Lord Elgin himself says no.

The following excerpt is taken from Elgin’s correspondence: “It was not part of my original plan to take with me anything else but molds…”, and in another letter: “The Turkish government absolutely denied that the persons who had sold these marbles to me had any right to dispose of them”.

Today more and more British people led by the British Committee for the Reunification of the Parthenon Marbles urge for their return. In the New Acropolis museum space will be reserved for the great day when the Parthenon Marbles come back home. Melina said: “I hope that I will see the Marbles back in Athens before I die; but if they come back later I shall be reborn”. 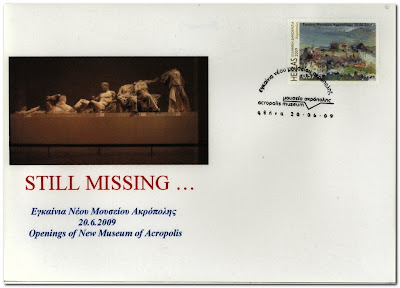 THESE MARBLES BELONG TO PARTHENON.
HELP HELLENES TO GET THEM BACK

If you are interested in any of the above commemorative envelopes, fdc, sheet, please let me know .

If you wish to have more info about The New Acropolis Museum please visit it at;