The Hellenic Post Philatelic Service issued
on 1/6/2009
the below Commemorative Cancellations
of 2009. 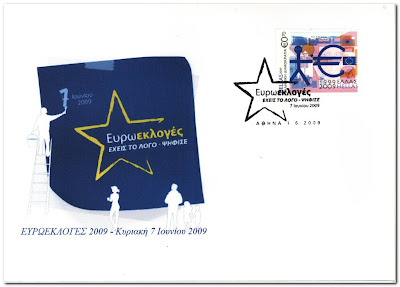 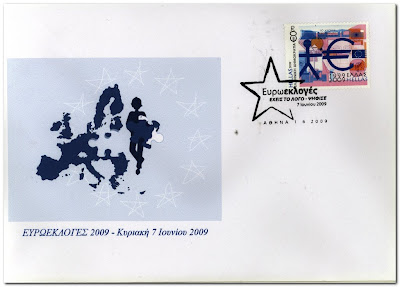 Slightly more than three quarters of the MEPs will be elected on Sunday 7 June, but because of traditional polling days varying from country to country according to local custom, the other quarter are being elected in the three preceding days: in the United Kingdom, for instance, voting took place on 4 June, a Thursday.

In seven EU member-states, other votes will occur alongside the elections to the European Parliament: a general election in Luxembourg; local government elections in Latvia, part of the United Kingdom, parts of Germany, Italy and Malta; Ireland (as well as two by-elections in Dublin South and Dublin Central), regional elections in Belgium; and a referendum on reforming the succession law in the Kingdom of Denmark that would give women the same rights through equal primogeniture.

This will be the first European Parliament election that Bulgaria and Romania will participate in at the same time as the other member states. When they joined the EU in 2007, they held elections for MEPs outside the normal electoral calendar. 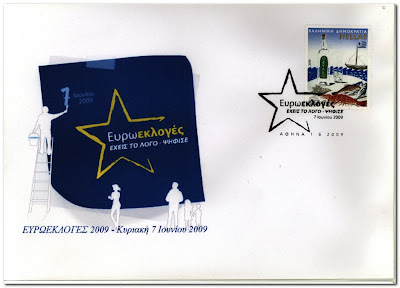