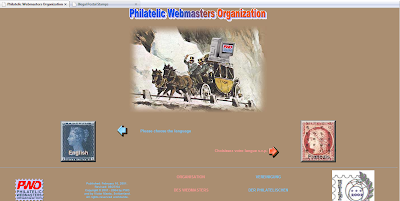 I have found this interested webpage with many informations on several subjects and I think that you will find it interested too.
The web address is at ;
http://www.pwmo.org/index.html


The World Association for the Development of Philately (WADP) started in 1996 an action against the producing and the selling of the Illegal Stamps. The Illegal Stamps were defined by the General Assembly of the WADP, in its second meeting (6th of Oct. 2000), as: Illegal issues for territories which are not entitled to issue stamps and false stamps produced by fraudsters in the name of an issuing authority with the intent to defraud collectors.

The Universal Postal Union, a member of the UN and of the WADP, is the organization that coordinates the fight against the illegal stamps. Consequently, it has published since 1996 a number of 40 Circulars in which the postal administrations members of the UPU have denounced stamps that were illegally issued in their name or in the name of their territorial units.

The Philatelic Webmasters Organization (PWO), a non-profit organization located in Switzerland and counting at time over 180 members from all continents, was created in order to promote, support and develop philately through philatelic webmastering. The PWO tightly collaborates from the very beginning with the Universal Postal Union in the fight against illegal stamps. For this reason as well many data about illegal issues as the UPU Circulars are published on a regular basis on the PWO site. The PWO, in direct concern with the International Bureau of the UPU in Bern, has dedicated the present subsite to the fight of illegal stamps.

In the last years the philatelic business has considerably grown throughout the Internet. Some unethical sites and dealers, and sometimes uninformed sellers use the Internet to defraud the stamp collectors, by proposing for sale illegal stamps. The first victims are mostly the beginners in our nice hobby.

This is the reason for which we invite all stamp collectors and organizations to collaborate with the PWO in a common fight against illegal stamps. Please visit this subsite in order to get a better understanding of illegal stamps and to be informed about how each of us can efficiently fight them. We can be easily reached by e-mail (please click here to send us a message).

Note: In the middle of the year 2003 the UPU started by publishing the UPU circulars referring to illegal stamps on its own site. For this reason we won't publish them anymore on this site, and will limit ourselves to provide (in the menu) links to the pages where they can be found.